Why Worms Don’t Get Lost

A pair of neurons function as the organism's internal compass. 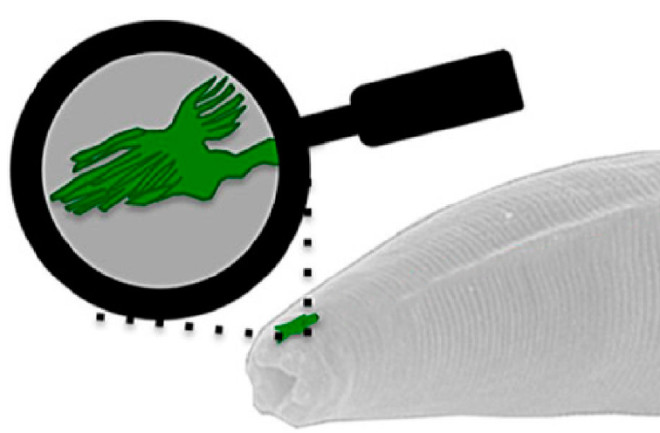 Many animals use Earth’s magnetic field for navigation, but exactly how they detect it has been a puzzle — until now.

For the first time, researchers at the University of Texas at Austin have pinpointed a specific pair of neurons that act as a magnetic sensor in the simple worm C. elegans. The neurons function as an internal compass, giving the worm a sense of up and down, likely to help them find food, which varies in availability and quality at different soil depths

. By adding a fluorescent marker to the neurons, researchers could watch the pair light up when exposed to magnetic fields. They also observed that hungry worms burrowed downward, where food was likely to be more plentiful in their natural environment, even when they were in a lab setting where no food was present. The worms did this, however, only in the presence of Earth’s magnetic field. The worms would wander aimlessly if researchers either shut down the specific pair of neurons or artificially canceled the magnetic field.

These findings, published in eLife in June, could help uncover how more complex animals, such as birds, pick up Earth’s magnetic field.

[This article originally appeared in print as "Why Worms Don't Wander."]