We didn't evolve to be happy all the time. 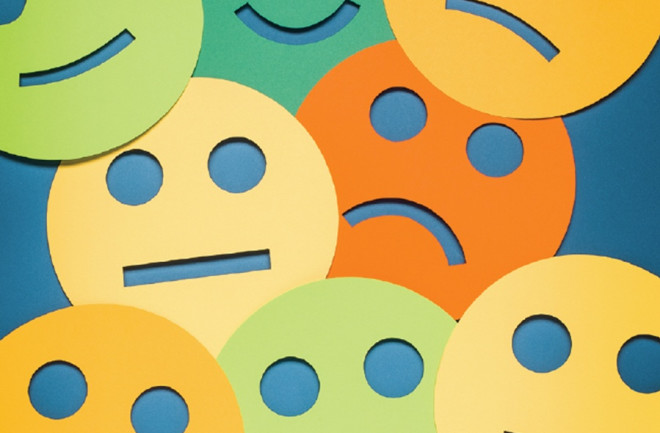 I’ve often wondered what it would be like to win the lottery and suddenly have more money than I could ever reasonably spend. I won’t win because I don’t play, but of course most people who play don’t win, either.

This is not such a bad thing. As hard as it is to believe, lottery winners are usually no happier than they were before they won, and a few of them are a lot less happy. Not the day after they win — that’s a pretty good day. But by a year or two later, most of the winners have adapted to their new normal, and their happiness has returned to where it was before they drew the winning ticket. They may be driving a nicer car, but their mind is focused on the fact that they’re still sitting in traffic.

Worse yet, some are focused on all the problems that their windfall has brought them, as friends and family come out of the woodwork, expecting to share in the good fortune. As Sandra Hayes put it in 2006 after winning the $224 million Missouri lottery, people she loved were “turning into vampires, trying to suck the life out of me.”

The sad truth is that when our dreams come true, we rarely end up happier than we were before. New successes bring new challenges. A German adage says it best: “Anticipated joy is the greatest joy.” That’s much more accurate than the “happily ever after” of Disney movies.

Why did evolution play this dirty trick on us? Why did it give us dreams of lifelong happiness by achieving our goals, then fail to deliver the emotional goods when we actually reach those goals?

The answer is that evolution doesn’t care if we’re happy, so long as we’re reproductively successful. Happiness is a tool that evolution uses to incentivize us to do what is in our genes’ best interest. If we were capable of experiencing lasting happiness, evolution would lose one of its best ways to motivate us.

The Price of Motivation

By way of example, consider two hypothetical ancestors, Thag and Crag. During the Pleistocene, each of them lives the dream and single-handedly kills a mastodon. As expected, both are incredibly happy and the toast of their respective clans.

But Thag stays incredibly happy while Crag drops back to baseline within a week. Thag stops hunting, content to relax in the cave and relive the exploits of his successful kill. Crag, on the other hand, experiences the need to achieve. He wants another mastodon, so he gets off his duff and back out on the ice. His multiple successes will attract a mate and the respect of his clan. Maybe they will allow him to sleep a little closer to the fire.

Meanwhile, our happy Thag will be of little interest to the group by virtue of his lack of productivity. No one will want to hear his story about the mastodon anymore, and people will start asking the age-old question, “What have you done for me lately?”

He won’t particularly care — he is, after all, permanently happy — but he’ll suffer the social and reproductive consequences. As a result, there will be fewer baby Thags in the next generation.

We see a similar pattern today when we examine the motivational effects of happiness over time. Really happy people are rarely high achievers because they simply don’t need to be. As the media mogul Ted Turner put it, “You’ll hardly ever find a super-achiever anywhere who isn’t motivated at least partially by a sense of insecurity.”

The data agree. In a study led by Shigehiro Oishi of the University of Virginia, researchers examined people’s self-reported level of happiness from the mid-1980s. Then, they compared that with their future earnings in the early 2000s. They found that people who were unhappy back then went on to earn less money than their happier compatriots. No surprise here: Happy people are more energetic and compelling than sad people, and being energetic and compelling helps them earn more money.

Clearly, some joy is good for success in life, but too much happiness is a financial disaster. This is why evolution designed us to be reasonably happy, with occasional moments of giddiness that soon fade as we return to our individual baseline level of happiness.

Numerous self-help professionals would have us believe that attaining maximal or permanent happiness should be our goal, but an evolutionary perspective clarifies that such a goal is neither achievable nor desirable. Happiness evolved for a reason — it gets us out there killing mastodons. But happiness is more than just a motivator; it also plays a critical role in the connection between mind and body.

So let’s spend a little time figuring out why happiness is important even for the unrepentant curmudgeons among us.

But about a decade ago, I worked with biologist Robert Trivers on his idea that there was an evolutionary basis for older people’s increased positive outlook. Our research took us in the intriguing direction of exploring how the body uses its energy.

When our ancestors needed more energy than usual, perhaps while being chased by a saber-toothed tiger, they had to get that energy from somewhere in the body. Could they borrow it from the brain? No. That organ uses 20 percent of our metabolic output, whether we are solving math problems or watching television reruns. Due to this constant energy requirement, borrowing energy from the brain when our need exceeds the available supply is not an option.

This brings us to our immune system, which, when strong, protects us from many illnesses and diseases. Like the brain, the immune system hums along at great metabolic cost, but largely in the service of keeping us healthy in the future. Because we have an enormous number of immune cells coursing through our body, a momentary break from production is OK. So, when our body needs extra energy, one of the places it goes is our immune function.

When you’re being chased by a tiger or thwacking enemies with a club, you don’t need to waste energy making immune cells to fight off tomorrow’s cold. What you need is to shift all available energy resources to your legs, with the hope that you will live to experience another cough or sneeze.

As a result, our immune system evolved to run at peak capacity when we’re happy, but to slow down dramatically when we’re not. This is why long-term unhappiness can literally kill you through its immune-suppressing effects, and why loneliness in late adulthood is deadlier than smoking. Indeed, once you’re over 65, you’re better off smoking, drinking or overeating with your friends than you are sitting at home alone.

With this background in mind, Trivers hypothesized that older people evolved a strategy of turning this relationship on its head, becoming more focused on the positive things in life in an effort to enhance their immune functioning. This was helped along by their knowing much more about the world than younger adults. Older people don’t need to pay as much attention to what’s going on around them. For example, when they interact with a surly bank employee or a harried flight attendant, they have a library of related experiences to draw upon and can respond to the situation effectively without giving it much thought. As a result, they can afford to gloss over some of the unpleasant things in life.

The hypothesis was later tested by a Ph.D. student of mine named Elise Kalokerinos. Over the course of a year in a lab, she showed young and old adults photographs of nice things, such as baskets of puppies, and of nasty things, such as plane crashes. She then tested their memory of the images.

Sure enough, the participants who were over 65 tended to remember the puppies better than the plane crashes (which suggests that they were paying more attention to the positive), while our younger participants remembered both equally well.

Kalokerinos then asked our older participants to return to the lab one and two years later in order to draw blood to assess their immune functioning.

The immune system is vast, but in this initial study, we decided to focus on a type of white blood cells known as CD4+ cells. These cells facilitate immune functioning by triggering other white blood cells (known as B cells) to produce antibodies. Kalokerinos found that better memory for positive, but not negative, pictures was associated with higher CD4+ counts and lower CD4+ activation.

Higher CD4+ counts usually indicate a greater preparedness to fight off illness. In contrast, higher activation of CD4+s indicates that the person is busy fighting infection, and thus is in poor health. In other words, their positive memories seemed to help them be healthier next year and the year after. This relationship between positivity and CD4+s raises the possibility that focusing on happy things enhances our own immune functioning.

The findings don’t fit the theory that older people are more positive because of awareness of their limited time on this planet. But they’re consistent with other research showing that happiness plays an important role in health and longevity.

For example, when researchers intentionally expose people to cold viruses, they find that those who are happy and have good social support are less likely to catch a cold than unhappy people and those with poor social support. Happy and well-supported people also heal more quickly when purposely wounded (not seriously, though) in the name of science.

This effect holds for our primate cousins as well. Wild monkeys in the mountains of Morocco that have stronger friendship ties show a decreased physiological stress response to cold weather and aggression from other monkeys. Notice that the key issues for monkeys and for us are friendship and social support. Satisfying relationships play an important role in proper immune functioning.

Take the Good With the Bad

So what is the purpose of happiness? As you can see, there is no single answer. Happiness motivates us to do things that help us survive and reproduce, and it helps keep us healthy. But happiness is not an end in and of itself.

Evolution often sacrifices our happiness in the service of other goals. People who don’t experience setbacks, failures and despair are severely constrained in learning how to avoid bad people, bad situations and bad ideas. Indeed, negative emotions are just as important as our positive emotions, and perhaps even more so. Learning from plans gone wrong can far outweigh the benefits of success.

From the book THE SOCIAL LEAP: The New Evolutionary Science of Who We Are, Where We Come From, and What Makes Us Happy by William von Hippel. Copyright © 2018 by William von Hippel. Reprinted by permission of Harper Wave, an imprint of HarperCollins Publishers. This article originally appeared in print as "The Happiness Dilemma."