The ecosystem has evolved in isolation from other land masses. This might explain why the majority Australian animals don’t exist anywhere else. 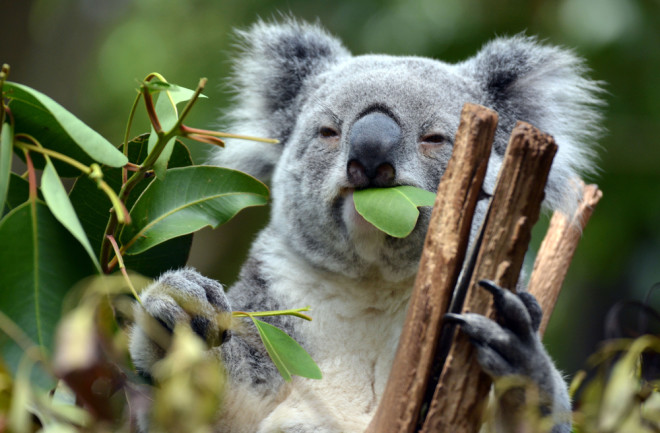 Maybe you live in Australia; or, you’ve never set foot on the country-continent. Regardless, you may have asked why the land Down Under holds a sort of ecological monopoly on weird creatures. We’re looking at you wombat, kangaroo, koala bear, Tasmanian devil, thorny devil lizard — also, what’s with all the devils?

It doesn’t take a Ph.D. to notice the uncanny concentration of odd animals. But, if you look at the animal science and data, well, this landmass starts to look even weirder. Or, exceptional might be a better word for it.

Check out a world map, with this isolated continent surrounded by blue, and you may be able to guess at the best explanation for Australia’s biodiversity and eco-autonomy.

“Some people say it’s because Australia was an island that broke off from the world millions of years ago,” Stalf says. “It’s been isolated, so it has evolved differently.”

While animals throughout the Americas, Europe, Asia and Africa have migrated long distances over time and during various major climate shifts, that hasn’t been an option for Australian species. As a result, many of the animals in this place exhibit unique characteristics and survival techniques.

We’ll focus on marsupials, since Australia is home to two-thirds of the world’s 330-some known pouch-baby species — including egg-laying mammals known as monotremes, like the bizarre duck-billed platypus. For marsupials, gestation in adult females is typically shorter than other mammals, thanks to a pouch, where vulnerable offspring are safe and also mobile immediately after birth. This can provide a great survival advantage.

“When a kangaroo’s first born, it is the size of your pinky fingernail. It looks like a bean,” Stalf says. He adds that a mother kangaroo “can have a baby that has just left the pouch, a baby within the pouch, and she can be pregnant. This is an amazing adaptation as a prey animal. They can survive and be very prolific.”

One mouse-like Australian marsupial, the stripe-faced dunnart, has a gestation period of just 11 days. The larger brush-tailed possum, roughly the size of a house cat, typically gives birth within 17 days of pregnancy. The Virginia opossum — which is the lone marsupial species found in North America — can give birth to as many as 20 babies just 13 days after pregnancy.

Odd or not, Stalf also points out that some of Australia’s most beloved animals have evolved in ways that seem less-advantageous today.

Such is the case for the koala bear, which is not, in fact, a member of the bear family. But that’s not the weirdest thing about this species. The koala diet is limited to one menu item: eucalyptus leaves, which are poisonous to almost all other animals.

When historic wildfires devastated millions of acres in Australia in late 2019 and early 2020, they ravaged not only the koala population, but eucalyptus forests as well. “The wildfires devastated their food source,” Stalf says. The situation has sparked questions about whether eucalyptus can grow back quick enough. Otherwise, koalas need to rapidly diversify their diet. “They don’t know if the koala is going to exist. Can they adapt?” Stalf adds.

One solution could be wrapped up in a science experiment as strange as Australia’s animal kingdom: Giving koalas fecal transplants, which has helped introduce some koalas to other species of eucalyptus, according to a 2019 study published in Animal Microbiome.

Beyond the scope of that immediate crisis, the greater threat to the unusual ecosystem and wildlife of Australia remains human conflict, similar to conservation work around the globe, according to Stalf: "It's about coexistence between wildlife and humans. That, unfortunately, is our number one problem with conservation."

More From Discover
Environment
From Backcountry to Backyard: Community Snow Observations Wants Your Snow Depth Measurements
Planet Earth
5 of the Best Winter Activities to Do in National Parks
The Sciences
How a Zombie-Ant Fungus Can Infect a Host
Environment
Hiking With Your Dog Off-Leash Could Create Problems for Nature
Health
Here's How Cooking Fumes Can Harm Your Health
Planet Earth
The Home Planet as Seen From Space in 2022
Recommendations From Our Store
My Science ShopDiscover STEM Kits
My Science ShopDiscover 2022 Calendar
My Science ShopStrange Science
My Science ShopElements Flashcards
Shop Now
Stay Curious
Join
Our List