Why Didn't the Young Earth Freeze Into an Ice Ball? 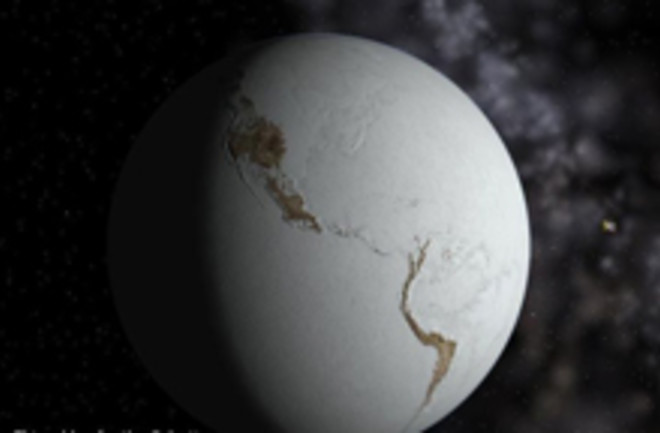 The "young sun paradox" just won't go away. For decades, scientists like Carl Sagan have tried to resolve this mystery of the early solar system—how the newborn Earth stayed warm enough to keep liquid water—but it continues to bob and weave around an answer. In the journal Nature, a team led by Minik Rosing proposes an alternate solution to the leading theory, which relies on the greenhouse effect hypothesis. But don't expect the debate to end here. The problem is this: The young Earth received much less heat from the sun. Four billion years ago,

a lower solar luminosity should have left Earth's oceans frozen over, but there is ample evidence in the Earth's geological record that there was liquid water — and life — on the planet at the time [Space.com]

. So what gives? The traditional explanation going back to the 1970s has been that a powerful greenhouse effect, far stronger than the one we experience today, kept the Earth basked in enough warmth to keep water sloshing around the planet's surface as a liquid and not packed in solid ice. In 1972, Sagan and colleague George Mullen wrote that such an effect would have required intense carbon dioxide concentrations in the atmosphere during that period, the Archaen. But the evidence isn't there, Rosing argues. To research the greenhouse hypothesis, he and his team studied banded iron formations in Greenland ice dating back 3.8 billion years.

They focused on two minerals, magnetite and siderite, that can provide a bellwether of the CO2 concentrations in the atmosphere. Too much CO2, and magnetite can't form, whereas the opposite is true for siderite [ScienceNOW]

. According to Rosing's analysis, the CO2 concentration in the atmosphere could have been as high as three times what we see today, but that's not nearly enough to account for the warmth that would've been needed to stave off a snowball Earth. So, Rosing puts forth his own solution. Back then, he says, the continents were smaller and thus more of the Earth's surface was covered by water. Since water tends to absorb more heat than land, an ultra-watery Earth could have helped conserve warmth. Secondly, he says, the early earth wasn't a cloudy place back then, due to the fact that life had just arisen.

The droplets of water that make up clouds form by glomming on to tiny particles, called cloud condensation nuclei, many of which are chemical substances produced by algae and plants, which weren't present on the Earth at that time [Space.com]

. You see the same effect today, he says, in areas of the open ocean that have neither much marine life nor much cloud cover. And if the young Earth truly had few clouds, more sunlight reached the surface. Atmospheric scientist James Kasting says that if Rosing's team is right, the idea could have consequences beyond our own planet's history—it could widen the habitable zone for exoplanet hunters seeking extraterrestrial life. But regarding the young sun paradox, he says, this new answer is incomplete.

"I think their mechanism fails because they just barely get up to freezing point," Kasting said, adding that it also fails to take into account the reflectively of the planet's ice [Discovery News]