Why Did the Maya Abandon Their Once-Bustling Cities? 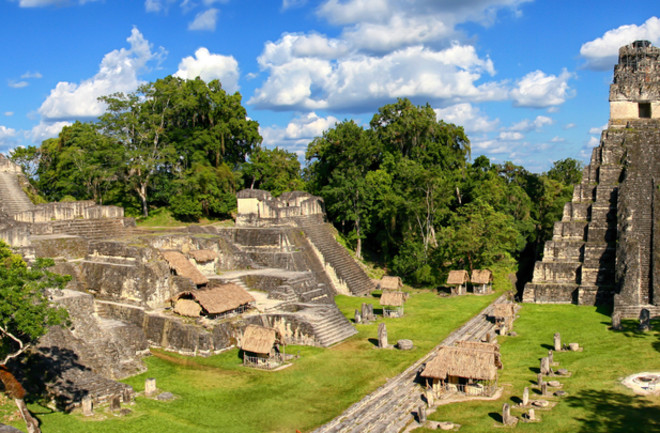 In many ways, the ancient Maya lived similarly to people in other past (and even modern day) societies. They made use of nearby resources — like limestone and chert — to construct their cities and homes, engaged in sports and enjoyed a diet rich in corn. The Maya have been celebrated for their stunning architecture, realistic artistic expressions and for advancing our understanding of astronomy and mathematics. They also altered the shape of their own heads, spoke in a myriad of different dialects (many of which are still used today) and often kept their deceased loved ones close by burying them under or within their homes.

For hundreds of years, the ancient Maya flourished in cities located in and around present-day Guatemala. Then, during a period ranging roughly from A.D. 900 to 1100, they rapidly began abandoning their sites — moving so abruptly they even left unfinished construction projects or inscription in their wake. This period known as the “collapse” is one that continues to fascinate archeologists and non-archaeologists alike. However, with continued study and new technologies, researchers are beginning to piece together the story more and more. This is what we know today.

What Happened to the Maya?

Archeologists say there are a variety of factors at play, including soaring population growth, climate change and political strife. “The overwhelming information was that there was climate instability,” says Charles Golden, an anthropology professor at Brandeis University. “Whether we want to call it a drought or instability — something was happening over the few centuries from the 700s to 1000 or so where things weren’t as they had been.”

Golden, a Mesoamerican archeologist who's closely studied the Maya since 1993, says it wasn't climate alone that led to the so-called collapse. Political issues, such as loss of trust in the government, may have also played a role, along with issues of succession; for example, when a prince dies and it's unclear who will replace him. “You just have these mounting problems and at some point it begins to break down and it’s a feedback loop,” says Golden. “So the big questions we have are not the little bits and pieces that caused it, but how that cascade (happened).”

Timothy Beach, a geoarchaeologist who specializes in Maya and tropical ecosystem interactions, also points to drought as a leading factor that likely lead to the abandonment of sites in this region. He says the Maya dealt with a seasonal drought every year, in part, because they were too far removed from perennial groundwater. The Maya addressed this by constructing things like dams and reservoirs to manage the water and soil, which mostly worked well for many years. “We are studying this now, and these may have been built in response to earlier droughts, to which (the Maya) adapted and persisted resiliently,” says Beach.

However, droughts occurring between A.D. 800 and 1100 were of a larger scale and may have been at least partially human-induced, Beach adds. “As the droughts occurred and great cities lost populations, trade routes shifted away from the Central Peten,” he says. “The continued droughts moved the momentum of trade away from this region to coastal routes and places with perennial water supplies."

Where Did They Go?

During this period, the Maya dispersed throughout the region, generally heading north and west. Many settled in Mexico's Yucatán Peninsula, where they built the city of Chichén Itzá, famous for its Temple of Kukulcán. Others spread throughout central America, landing in Honduras, El Salvador and Belize, among other places. Archeologists often refer to the civilization's “collapse” in quotes, because much of the population continued life elsewhere — though sometimes in smaller, less conspicuous settlements through the countryside, notes Golden. There are more than 6 million Maya people living throughout the region today, says Beach.

What Can Modern Tech Tell Us?

Lidar — which stands for light detection and ranging— makes use of lasers to provide a peek at ruins buried beneath the jungle floor. “Lidar is beginning to allow us to better quantify vegetation and infrastructure that will help us model climate dynamics, the footprint of farming, and water management better,” Beach says.

Long-term climate studies are also crucial for understanding factors related to drought and extreme rainfall. Beach says better thermometers are making this work easier. Archeologists also look at isotopes from lake sediments and cave deposits to learn more about the climate and are getting — or will soon-be-gettting — better skeletal isotope records and DNA records, which will tell researchers more about that population. This genetic data might provide more insight into family relationships and where the Maya traveled.

“DNA has lagged in the tropics because of rapid decomposition, but I expect more studies will provide evidence in the future about people and possible species of crops we did not recognize before,” Beach says. Artificial intelligence is another tool that will allow scientists to analyze mounds of data more quickly and precisely, Beach adds, and it is just beginning to make its foray into archeology and Maya studies.

One of the things that archeologists value is the ability to meet and speak with the people who live in the sites they work. “There are still so many Maya people across the landscape. And, to an extent, [they] maybe don’t get to be included in the history or don’t know a lot about their history,” says Hollie Lincoln, who has spent nine field seasons working with the Maya Research Program in Belize (Beach is also a research member of the same program.) “Getting to know them, but also realizing that this might be their history that we’re helping them understand, too, [is] really great,” Lincoln says.

Lincoln, who is currently working toward a Ph.D. related to Maya studies at Louisiana State University, says hints of the ancient Maya culture are sometimes present during interactions with the locals. Lincoln recalls one instance where a local mentioned that his parents had lived into their hundreds, and credited their keeping of traditional Maya practices for their longevity.

Archeologists agree that keeping the past alive through further research will do more than just add color to the history books. “It inevitably has this modern connection with us,” says Golden. “The way we use the lands today for cattle, for monocropping [and] for palm plantations is probably not sustainable. Are there things we can learn from the past to make things sustainable today?”

Lincoln sees the parallels between dramatic environmental impacts from the Maya and the worldwide issues we face with climate change today. Perhaps the world would be a better place if we learned from the ancient Maya's failures, as well as their successes. “You would hope that when you see this happening in history — especially with big populations like the ancient Maya —that we would learn something,” Lincoln says. “For how we’re going to handle this crisis for ourselves.”