Why are there so few female chess grandmasters?

Three years ago, Lawrence Summers, former president of Harvard University, claimed that genetic differences between the sexes led to a "different availability of aptitude at the high end". His widely derided led to his dismissal, but is views are by no means uncommon. In the same year, Paul Irwing and Richard Lynn conducted a review of existing studies on sex differences in intelligence and concluded:

"Different proportions of men and women with high IQs... may go some way to explaining the greater numbers of men achieving distinctions of various kinds for which a high IQ is required, such as chess grandmasters, Fields medallists for mathematics, Nobel prize winners and the like." 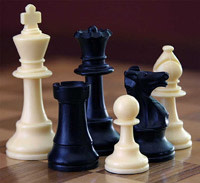 Irwing's opinion aside, there clearly is a lack of women in the areas he mentioned. In chess for example, there has never been a single female world champion and just 1% of Grand Masters are women. And as long as that's the case, there will always be people who claim that this disparity is caused by some form of inferiority on the part of the underrepresented sex. Thankfully, there will also always be others keen to find out if those who hold such views are full of it.

Among them is Merim Bilalic from Oxford University. Himself a keen chess player, Bilalic smelled a rat in Irwing's contention that men dominate the higher echelons of chess because of their innate ability. In an elegant new study, he has shown that the performance gap between male and female chess players is caused by nothing more than simple statistics.

Far more men play chess than women and based on that simple fact, you could actually predict the differences we see in chess ability at the highest level. It's a simple statistical fact that the best performers from a large group are probably going to be better than the best performers from a small one. Even if two groups have the same average skill and, importantly, the same range in skill, the most capable individuals will probably come from the larger group.

With this statistical effect in mind, Bilalic wanted to see if the actual sex difference that we see among chess players is any greater than the difference you would rationally expect. Fortunately, there are easy ways of finding out the answer for chess, as opposed to many other intellectual disciplines like science and engineering where success is nigh-impossible to measure objectively.

Every serious player has an objective rating - the Elo rating - that measures their skill based on their results against other players. Bilalic looked at a set of data encompassing all known German players - over 120,000 individuals, of whom 113,000 are men. He directly compared the top 100 players of either gender and used a mathematical model to work out the expected difference in their Elo ratings, given the size of the groups they belong to.

The model revealed that the greater proportion of male chess players accounts for a whopping 96% of the difference in ability between the two genders at the highest level of play. If more women took up chess, you'd see that difference close substantially.

Overall, the women actually performed slightly better than the model predicted and the top three in particular were playing well ahead of expectations. From positions 3 to 73, the men have a small but consistent advantage, wielding a competitive superiority that slightly exceed what statistics would predict. From the 80th pair onwards, the advantage shifts back to the fairer sex. 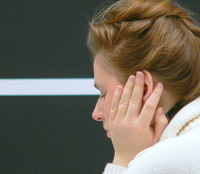 Bilalic's analysis is a scathing blow against people who claim (and frequently so) that the dominance of men in the world of chess is a sign of their intellectual superiority. His explanation is remarkable for both its simplicity and the fact that hardly anyone has thought about it. Recently, the website ChessBase asked some of the world's best female players to explain the male dominance in their chosen game. None of them mentioned differences in participation rates.

Of course, sceptics could argue that low participation rate is itself caused by the fact that women simply give up chess in greater numbers than men based on some innate disadvantage. As Bilalic says, the argument is "reasonable" but there is no evidence that the drop-out rate is higher in women than men.

In fact, Christopher Chablis and Mark Glickman recently found equal drop-out rates for boys and girls among 600 budding chess players of comparable age, skill and interest. Their study also found that both sexes improve at an matching pace, and they concluded that the success of men at chess's highest tiers is fuelled by the overwhelming majority of boys who enter the game at its lowest levels.

So why are there so few female chess grandmasters? Because fewer women play chess. It's that simple. This overlooked fact accounts for so much of the observable differences that other possible explanations, be they biological, cultural or environmental, are just fighting for scraps at the table.

In science and engineering, where men dominate the top ranks but also have an advantage in numbers, it's likely that the same explanation applies, rather than the innate differences cited by Summers and Irwing. There will always be those who take their position, but it's always nice to have hard data to show how demonstrably daft it is.

By God's Bones: Bad Words in the Middle Ages Were Nothing Like Today’s