Why Are Some Religions More Popular Than Others?

And why isn’t Mickey Mouse a god? (I promise that question is related.) 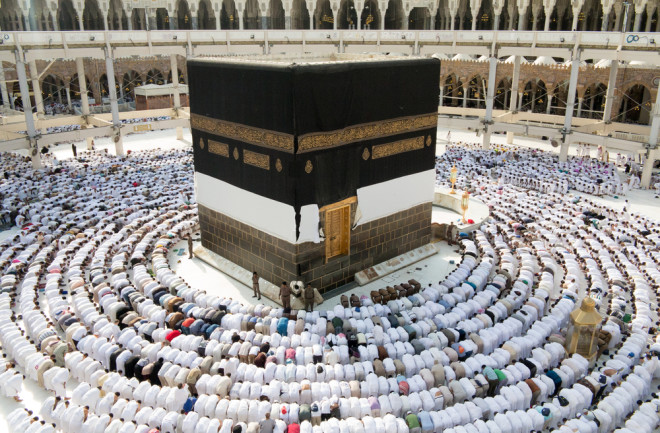 The Kaaba, a shrine at the center of the Great Mosque in Mecca, considered the most sacred spot on Earth by Muslims. (Credit: By ESB Professional/Shutterstock)

Why isn’t Mickey Mouse a god?

This is a serious question for researchers studying the evolution of religion, and it offers some insight into the question of why some religions have persisted while others haven’t.

The so-called Mickey Mouse problem is an oft-cited, catchy critique of the idea that religion is merely a by-product of the way our brains evolved. According to this view, natural selection favored human ancestors with certain mental capacities, including our tendencies to seek patterns and think about other peoples’ thoughts (theory of mind). These cognitive adaptations, which helped our ancestors survive and reproduce, also made people prone to supernatural beliefs.

Scientists criticizing the cognitive by-products explanation don’t deny it. Rather, they say it’s just the start of the story. “It’s a really important element, part of the picture of what we need to know,” says Ara Norenzayan, an evolutionary psychologist at the University of British Columbia, Canada.

But there’s more to explain when it comes to the state of religion today, like why Mickey Mouse or Santa Claus are not worshiped, why Christians don’t believe in Zeus, and why particular religions have spread prolifically.

We can conceive of a talking mouse or ancestor spirits, but only some of these stories became beliefs. And of the myriad beliefs, even fewer became worldwide religions. Christianity, Islam, Hinduism, Buddhism and Judaism are followed by roughly 75 percent of the global population. What made these religions, with billions of believers, so successful while others fizzled?

From By-Products to Believers

To address these shortcomings, Norenzayan and others have added to the by-products hypothesis. They say, yes, evolved cognitive abilities predisposed people to develop supernatural beliefs. But to stick around, there needs to be something more.

For example, some beliefs are easier to remember and pass on than others. Memory experiments (here, here) have shown that people recall stories or concepts that slightly deviate from expectations — one or two supernatural elements — better than mundane or wildly fantastical tales. Moderately counter-intuitive content captures your attention and sticks in your head.

This finding explains why certain folktales persist through the ages. But it doesn’t explain how supernatural stories become religious beliefs, with deeply committed devotees — why Christians are willing to die for Jesus, but not characters (Mickey) or other culture’s gods (Zeus).

One idea is that deeply-held beliefs require some sort of buy-in. Evolutionary anthropologist Joseph Henrich of Harvard University has proposed that religious commitment emerges from costly rituals like fasting, donation, celibacy and martyrdom. When people see other members of their own community, especially prestigious ones, make these sacrifices, they’re more likely to accept the underlying beliefs. This stems from our inherent tendency to learn by imitation and follow tradition, even when the reasons are unknown.

Scaling Up Society and Religion

The natural and social processes described above have spawned a multitude of religious beliefs across time and space. But only some have stuck around for centuries or millennia, with billions of believers today. Researchers including Henrich and Norenzayan have studied what gives some religions “sticking power,” while most remain marginal or disappear.

Their work suggests successful religions have had deities and rituals promoting cooperation among practitioners. This quality became increasingly important after about 10,000 years ago, when small forager tribes began to settle together in massive agricultural civilizations. For the first time in human evolution, communities comprised strangers who had to routinely interact and trust one another. Some groups developed beliefs, like gods who punish wrongdoers. They say this promotes prosocial behaviors, or acts that benefit others at a personal cost. Societies with prosocial beliefs were more successful than other groups; hence, those religions spread and persisted through what anthropologists call cultural evolution.

This idea explains the prevalence of certain religious beliefs. As Norenzayan put it, why “the distribution of religions [is] so uneven and skewed towards moralizing gods and moralizing religions.” At the same time, it offers one solution to another problem, which is large-scale cooperation. Psychologists and anthropologists have long puzzled over the fact that civilizations work, that thousands of strangers will cooperate and even sacrifice personal welfare for the “greater good” of society.

Many world religions solve the cooperation conundrum (at least among their followers) by believing in Big Gods — powerful, all-knowing deities, concerned with morality — and supernatural punishments, like hell and karma. With such beliefs, people abide by social rules and norms, even when no human eyes are watching. Fear of supernatural surveillance keeps them in check.

So the claim here is: Big societies developed big gods and/or supernatural punishment because these beliefs promoted cooperative behavior among followers. Because this is science and not speculation, though, the hypothesis should bear predictions, which can be confirmed or denied through observations, experiments and theoretical simulations.

And it does. For instance, if the theory is correct, bigger societies should have punitive, knowledgeable gods. This prediction is confirmed by observations: A study reviewing 186 societies found that large societies more commonly have deities that punish moral transgressors, whereas the deities of small societies are generally unconcerned with mortal affairs.

Another prediction is individuals who believe in religions with big gods and supernatural punishment will behave more prosocially. This prediction is supported by experimental economic games, which measure people’s willingness to share with strangers. Based on nearly 600 participants from 8 diverse societies, people who believe in punishing, moralizing gods are more generous towards geographically distant strangers that share their religion.

Numerous studies have also shown that being implicitly reminded of religion increases prosocial behavior. For instance, in one experiment participants were told to unscramble five words into a four-word sentence, making a list such as “dessert divine was fork the” into “the dessert was divine.” Some lists contained religious primers — the words spirit, divine, God, sacred, or prophet — while others had neutral words. After the word game, participants were given ten $1 coins, and instructed to keep as many as they would like, knowing the remainder would be given to a stranger. Subjects given religious primers gave away an average of $4.56, whereas those who saw neutral words gave less, an average of $2.56.

Which brings us to an important point: Religion, with Big Gods and supernatural punishment, is just one solution to the problem of cooperation.

“There could be other institutions, other mechanisms. Societies figure out other ways to get people to cooperate at large scale,” explains Norenzayan.

Secular institutions can also encourage and enforce prosocial behavior. Looking across cultures in the past and present, there are certainly large societies that “work” without religion policing their rules. Over 1 billion people today do not belong to a religion. Most of them follow the rules just fine.