Why are Earthquakes in Haiti So Deadly and Destructive?

For the second time in just over a decade, a massive earthquake has struck Haiti. Why are these earthquakes so devastating in Haiti? 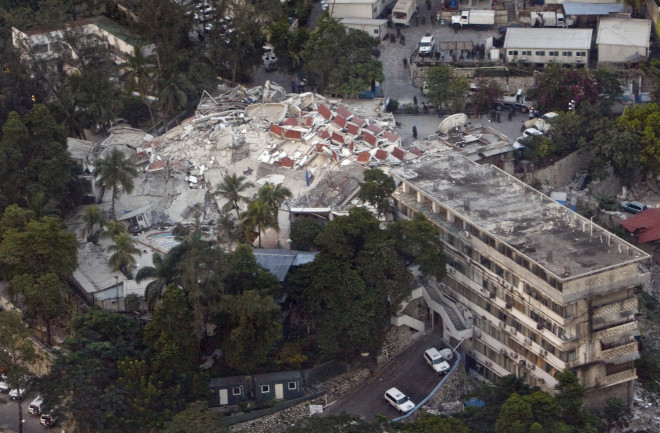 Damage to the UN Headquarters in Haiti during the January 2010 earthquake in Haiti. Credit: UN Photo/Logan Abassi

There is a saying that there is no such thing as a natural disaster. This sounds counterintuitive -- we've seen countless events where earthquakes, eruptions or hurricanes have created immense damage and killed thousands. Yet, the common denominator in these disasters isn't the geologic or meteorologic event, but rather the presence of people where these events strike.

Over the weekend, a M7.2 earthquake struck the southern part of Haiti on the island of Hispaniola. The destruction from this earthquake has killed over 1,300 people, with many more still missing. If this seems familiar, a M7.0 earthquake in 2010 struck Haiti. That temblor may have killed up to 300,000 people, mainly around the capitol city of Port-au-Prince. So far, the 2021 earthquake has not wreaked the same havoc as the 2010 event, but we are still in the early days of recovery, with aftershocks still hitting the area.

This new earthquake was felt across Haiti and the Dominican Republic, as well as on Cuba and Jamaica. Although it was a significant earthquake, the planet feels many M7+ earthquakes in any given year. In the last month alone, there have been large earthquakes in the South Sandwich Islands (M7.5 and M8.1), the Philippines (M7.3) and off the coast of Alaska (M8.2). None of these earthquakes have seen anywhere near the deaths and damage as occurred in Haiti.

What Makes Haitian Earthquakes So Deadly?

Why is that? Why can earthquakes of similiar size have such different impacts? Really, it boils down to three main things: location, depth and preparedness.

The other four earthquakes happened in places where there aren't many people. Big earthquakes in Alaska and the South Sandwich islands don't really impact many people directly (unless something like a tsunami is generated). The largest population that felt any of these earthquakes was in the Philippines, where over 1.3 million people felt at least some shaking. That's roughly the same number that felt intense shaking in Haiti. Yet, the Philippine earthquake had little in the way of damage or casualties.

That alone isn't enough to explain all the difference. The third reason that these earthquakes' impacts were so different is preparedness. Haiti has been in turmoil for decades and this has only increased since the 2010 earthquake and the recent assisination of ther country's president. There is very little established hazard mitigation in the country. No one is planning escape routes and organizing practice evacuations. There isn't a large force like FEMA ready to respond when a disaster strikes. Building codes are not as stringent as in countries where government stability, funds and recurrance of earthquakes has lead them to building better.

Haiti is a perfect storm for a true disaster brought upon by both the circumstances of the earthquake and the political and social situation in the country. If thing couldn't be worse, Haiti is in the line of a tropical depression that could trigger landslides across the country as well. Unfortunately for nation's like Haiti, it is very hard to emerge from this pattern of disaster and instability without intense international help and investment. The world has come a long way in preventing mass casualties during earthquakes in many places like China, Japan and Taiwan. Without assistance, Haiti may continue to see disasters like this again.