Who Would Win in a (Legal) Fight: A Whale or a Battleship? 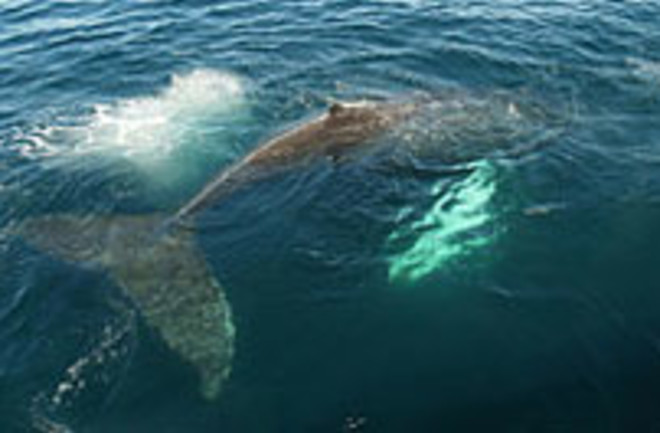 The U.S. Supreme Court has agreed to take on the above question in its next term, when it will wrestle with a complicated lawsuit between the Navy and the Natural Resources Defense Council. For years, the environmental group has been fighting to limit the Navy's use of sonar in training exercises off the California coast, arguing that the sonar injures and disorients whales and other marine mammals.

Environmentalists successfully sued the Pentagon over the practice in March, forcing major changes in the Navy's annual offshore training exercises. A federal judge ruled it was "constitutionally suspect" for President Bush to issue a national security exemption so no environmental impact assessment was carried out [CNN]. The Supreme Court won't try to determine whether the sonar is causing confused whales to beach themselves, but will instead weigh in on whether the executive branch had the right to preempt an environmental law by granting the exemption to the Navy.

In the earlier ruling, the judge

banned sonar within 12 miles of the coast and required the Navy to reduce or shut down the sonic blasts when it detects the presence of whales or other marine mammals [San Francisco Chronicle].

The Defense Department has argued that sonar exercises are critical to properly training sailors and Marines for wartime deployment.

The Navy is using "mid-frequency" active sonar, which works as vessels emit a loud noise underwater and listen for whether the noise bounces back off a submarine. [USA Today].

Environmentalists maintain that those loud, underwater noises injure sensitive marine mammals. Environmentalists point to studies of dead whales that washed ashore in the Bahamas, Canary Islands and Madeira islands after the Navy conducted war games nearby. Some of the animals appeared to have died of hemorrhages in and around their ears, brains and lungs. They also said the Navy's own studies forecast that training exercises off the California coast would "significantly disturb" an estimated 170,000 marine mammals [Los Angeles Times].

The ocean waters off the coast of southern California, where the Navy exercises take place, are home to many species of whales, dolphins, sea lions, and seals. Stay tuned: The Supreme Court will hear the arguments for Winter vs. Natural Resources Defense Council in the fall. In the meantime, take a look deep into the inner ear of a sperm whale with this 2002 story from DISCOVER, "Killing Whales with Sound."