Who Needs DNA? Prions Evolve Without It 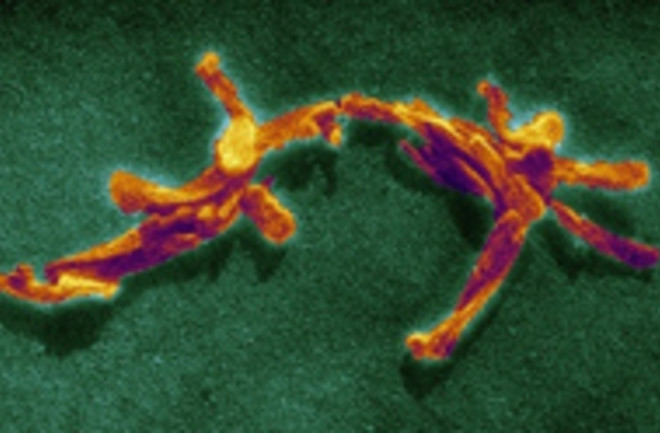 For evolution to take place, you need DNA or RNA to change through mutation, providing the variations for natural selection to select. Right? Well, it may be more complicated than that. A new study suggests an exception: prions, the infectious protein bits that can cause degenerative brain diseases like mad cow disease. In a paper in Science, researchers document these lifeless structures evolving, despite the fact that they lack any DNA or RNA. Study leader Charles Weissmann and his team transferred prions from brain cells to other kinds of cells and watched as certain members of the prion population adapted to the new environment and took over, out-competing their brethren. When he transferred the prions back to brain cells, the ones most adapted to brain living got the upper hand and increased in number as they out-competed the prions that had adapted to other cells. Weissmann argues that this shows Darwinian evolution can go even further than we thought:

"In viruses, mutation is linked to changes in nucleic acid sequence that leads to resistance. Now, this adaptability has moved one level down- to prions and protein folding - and it's clear that you do not need nucleic acid (DNA or RNA) for the process of evolution" [BBC News]

. In diseases like mad cow and the human version of it, Creutzfeldt-Jakob disease, proteins in the brain go awry.

Mammals produce the normal protein cousins of infectious prions as part of normal cell development, but during infection, misfolded or warped proteins can convert normal host prion protein into its own toxic, misfolded form. When this happens enough times, massive tissue and cell damage can occur [Popular Science]

. This pattern of warping proteins could be the key to how this DNA-less evolution occurs, the researchers propose.

When a prion converts a normal protein, it typically forces it into the same structure as itself, but at a low probability, other variant structures result. The population of these variants can then expand or contract based on selective pressures [Ars Technica]

. This appears to happen more quickly when the prions are transferred to a new host, as happened in previous research when scientists moved prions from sheep to mice—the more virulent variants got a chance to take hold. Given the problems today with bacteria and viruses evolving drug resistance, the idea of evolving prions seems like more bad news. But, taking a note from DISCOVER blogger Carl Zimmer's "Evolving Viruses to Death," perhaps doctors could use prions' strength against them:

Since infectious prions need their normal cousins to feed their own replication and evolution, therapies that limit the supply of normal prion proteins could essentially starve the degenerative cycle that makes those illnesses so effective at killing their hosts [Popular Science]