Which Baby Animals Look Cute? It May Be No Accident 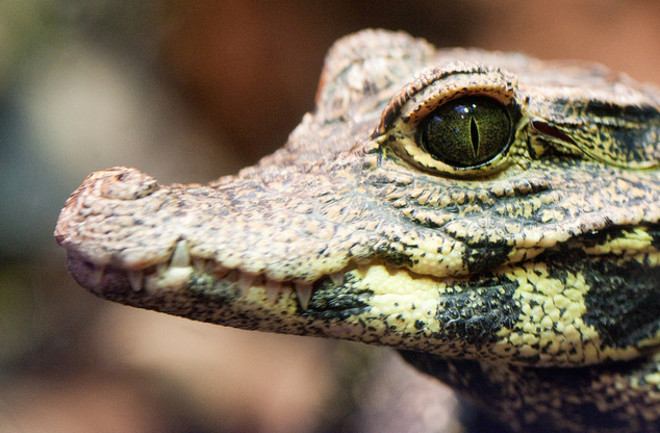 A. Do you want to cuddle me? Sure, there are faces only a mother could love. And then there are faces no mother loves, because they belong to animals that fend for themselves from birth. The babies we find cutest—no matter what species they are—may have evolved to look that way because they need a parent's attention. That means even a crocodile can tug on our heartstrings. Konrad Lorenz, an Austrian zoologist, proposed in the mid-20th century that human infants are cute for a reason. He said evolution has created adorable babies so that their parents will take care of them. When we see a face with big eyes, a big head, and a tiny nose and mouth, we can't help but feel affection, he argued. It's easy to look at a wide-eyed puppy or kitten and imagine that other animals have evolved in the same way. (Lorenz was also known for studying "imprinting" in baby birds. He convinced small armies of newly hatched ducks and geese to follow him around like their mother, as in this video.) "Lorenz's proposal seemed so obviously true that no one bothered to test it," says Daniel Kruger, a social psychologist at the University of Michigan's School of Public Health. Most research into what Lorenz called the Kindchenschema ("baby schema") has been done with pictures of humans or other mammals. By definition, Kruger says, all mammals need some care from their parents. The animal's mother has to at least hold still long enough for her newborn to get some milk. Yet Kruger was curious about whether the Kindchenschema applies to other kinds of animals. Birds, for example, have a range of parenting styles. In some species, hatchlings wait in the nest while their parents bring back food and vomit it into their little beaks. Other birds tuck their eggs into a warm corner somewhere and never come back. Have birds that need their parents' attention evolved to look cuter?

B. Kruger chose six bird species to study. Three of them have self-sufficient hatchlings that don't need any care from their parents. The other three have young that stay near their parents and need to be fed. He also threw two reptile species into the mix—one that cares for its young, and one that doesn't. If you want to play along and guess which species need parental care, five of them are pictured throughout this post.

C. Kruger used photos from a Google image search, picking out the first available high-quality shot that showed each animal alone in its environment. Then he showed these pictures to 172 college students. The students looked at each hatchling and rated it on the adjectives attractive, cute, helpless, independent, mature, and young. Then they answered a series of questions, including "To what extent would you like to hold or pet this animal?" "How likely would this animal be able to survive on its own?" and "If you were working out in the field and found this animal wandering around by itself, how likely would you be to adopt it at least temporarily to make sure that it survived?"

D. As Kruger had predicted, subjects rated animals that need parental care as cuter than the animals that don't. Even the care-requiring reptile baby scored higher than the self-sufficient one. Students also had a greater desire to hold or pet the animals needing parental care, thought these animals would appreciate being held or petted, and said they'd be more willing to adopt one of them. (Compared to men, women rated the baby animals slightly higher in cuteness, and were more excited about taking them home.) This doesn't prove that Lorenz's Kindchenschema applies throughout the animal kingdom. The study only involved a handful of animal species and a casual Google search. Additionally, Kruger notes, he didn't look at bird species that require the most parental care. These birds hatch blind, naked, helpless, and not especially cute. He speculates that the "extreme" characteristics of these hatchlings might tap into a different evolutionary mechanism altogether. Still, Kruger calls his experiment a "strong test" of Lorenz's idea. As far as he knows, it's the first time anyone has looked at cuteness in reptiles and birds. He's excited to learn more, and is talking to potential collaborators about ways to extend the research using other animal species as well as human infants. "This might just be the beginning of an entire research program," Kruger says.

E. Answers: So, did you spot the cute animal babies? The species that need care from their parents—and, maybe, have evolved to look adorable—are A, C, and E. Babies B and D don't need anyone's help, thank you very much.