Where the oldest of the old are no more, and are 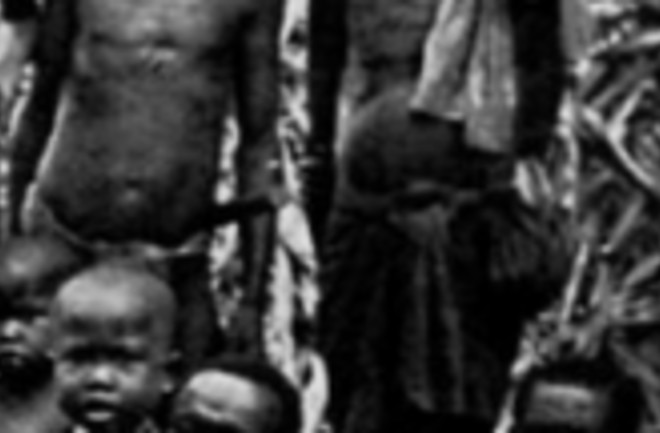 Malaysian "Negritos," presumably the indigenous people of the Malay peninsula

A few days ago Dienekes pointed to a paper which reports on the presence of anatomically modern humans in China 80-100,000 years before the present. I say "anatomically modern" because there is a presumable distinction between populations which resemble moderns in their gross morphology, which first emerged in southern and eastern Africa 100 to 200 thousand years ago (and were dominant all across the world after 40,000 years before the present), and "behaviorally modern" societies, which exhibit all the hallmarks of protean symbolic cultural expression that are the hallmarks of humanity. The paper reporting on such old specimens is not particularly revolutionary. Rather, it's part of a growing corpus which contributes to a "counter-narrative" to the dominant model, whereby behaviorally modern humans swept across Eurasia (and Australia) ~50,000 years B.P. after the "Out of Africa" event. Obviously the problem here is that if there were anatomically modern humans in China tens of thousands years before this expansion, were they replaced? Or is the chronology wrong? (e.g. the mutation rate controversy, though please note that the dominant model has many physical anthropologists who support it as well). On Twitter I pointed out to Aylwyn Scally that we do have evidence of substantial population replacement across East and Southeast Asia.

The recent human genetics results out of China, Japan, and Southeast Asia, suggest to me that these populations are simply too close genetically to have roots prior to the Holocene (i.e., before ~10,000 years before the present). But there's another indication that there was relatively recent population expansion and replacement: physically very distinctive "Negrito" populations are still found in the most remote areas of Southeast Asia, in Malaysia and the Philippines. The Reich group also reported a few years ago that these Negrito populations themselves exhibit population substructure, with the Philippine group having deep ancient affinities to the likely first settlers of Sahul, and the Malaysians being closer to Andaman Islanders. And just because the Negritos of Malaysia are reputed to the aboriginal people, one can not discount the possibility that indeed they are not, but replaced even earlier populations (this is an implication of the Reich group's results if I read it right). If we update our prior as to the likelihood of demographic displacements, then a 'solution' to the paradox of shallow convergence of populations in time in relation to the archaeological record may simply be that older populations did not contribute much to present lineages. This does not mean a zero contribution. Recall that the Neandertal admixture results almost became definitive only with dense marker sets, and an ancient reference sequence. Diverged H. sapiens sapiens groups will not be quite as diverged, so they may have left a legacy, but at such a low level that current data sets and techniques do not have the power to detect them.

But we don't need to focus on prehistory. The recent history and semi-history of Southeast Asia is complex, and filled with cultural and demographic events which suggest great changes in the distribution of populations. The best outline I have read of this is Victor Lieberman's peculiarly titled Strange Parallels, which outlines the rise of mainland Southeast Asian polities between 800 and 1800. The most important transformation of the past 1,200 years in mainland Southeast Asia has been the rise of the Dai/Thai peoples, and the recession of the Mon-Khmer groups. The dominant language of Thailand and Laos, as well as the highlands of eastern Burma, originally derives in historical time from a South Chinese set of ethnic groups, the Dai. As the Han Chinese pushed southward over the first millennium A.D. the indigenous populations either assimilated, or reacted by organizing their own polities (e.g., Nan-Chao). Ultimately the resistance was futile, and the Chinese conquest of their homelands helped precipitate a mass out-migration of Dai, into the lands of the Khmer. What is today Thailand was once part of greater Cambodia. To the east in Vietnam a somewhat less dramatic phenomenon occurred, as the Vietnamese (Kinh) pushed south along the coast, eventually absorbing or assimilating the Khmer of the lower Mekong. Further south the situation in maritime Southeast Asia the situation is more confused. My own belief is that it is likely that in these regions before the arrival of the Austronesians Austro-Asiatic languages were dominant. But by the time we have written records Austronesian dialects were universal, with only the Negritos of interior Malaysia retaining Austro-Asiatic as their first language.

One way we can further explore this issue is through genetics. For example, here are some results from the Harappa data set. I've posted only the most relevant ancestral components, and pruned the populations.

Some quick comments. First, note that though there are differences among the Han Chinese, the gap is much larger between indigenous South China ethnicities (Dai) and the South Chinese, than between the latter and the North China. Second, of all the indigenous Southeast Asian groups the Burman samples stand out. Why? Unlike their eastern neighbors the Burman population speaks a Tibeto-Burman. The prefix "Tibeto" suggests affinities with peoples from the north and west fringes of China, and that is often part of the origin legends of these people. Those legends seem correct. Not only are there cultural affinities, but these results suggest that the exogenous Burmans contributed substantially to the demographic makeup of the populace. One difficult aspect of Southeast Asian genetics is that there seems to be two South Asian affiliated components. It is likely that the Cambodians are reflecting a very ancient admixture event. For the Burmans some of this is likely the case as well, but some of the admixture is almost certainly recent (e.g. the original file shows that some Burmans have "Baloch," which is a tell for more recent South Asian gene flow). Separating these two may not be easy, but, they are necessary if one is to get a good grasp of the impact of historical South Asian migration. And in both Burma and Malaysia the issue is complicated by both ancient and medieval migrations, and more recent colonial era settlement from India. Finally, with the Iban, an indigenous Austronesian group, you see that they are the "most Southeast Asian" of the populations listed above. It seems plausible here that this is partly a function of isolation and lack of cosmopolitanism; the Malays have had both Indian and Chinese admixture.

This is just scratching the surface of the last 4 to 5 thousand years. How plausible is it that we'll have a neat story about the settlement of Southeast Asian &gt;5,000 years before the present, back to 50,000 years? Looking at extant genetic variation it will be difficult, and population coverage, marker density, and methodological precision, all need o be maximized. At this point I am not surprised we are confused and unable to tell a neat story.

* Filtered for at least 5% "Southeast Asian," N>= 5, and removed uninterested or duplicate populations