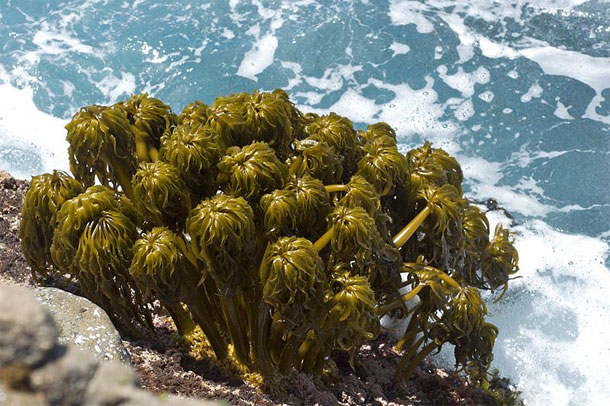 Cheetahs have two problems: their numbers are low because their habitats have disappeared over time, and they have very low genetic diversity. Neither factor bodes well for their future, but which presents them with the greatest risk of extinction? This isn’t just an academic question. It’s one with real consequences for conservation, and affects whether breeding programmes should just focus on raising more cheetahs, or should carefully mix and match parents to produce genetically diverse young. Really, what you want is an experiment that tinkers with population size and genetic diversity independently to see which matters most. And obviously, you cannot do that with cheetahs since they are rare and hard to work with. And, you know, endangered. Tim Wootton from the University of Chicago recognised this problem. As he told the audience at the 2012 Ecological Society of America Annual Meeting: “We needed an alternative charismatic organism.” To chuckles, he unveiled his choice: the sea palm. It’s a brown frond-like seaweed that grows on the western coast of North America. Wootton calls it “probably the world’s coolest algae”. Twelve years ago, he and his wife Cathy Pfister bred sea palms to varying degrees of genetic diversity and transplanted them onto rocky shores in clumps of different size. Yesterday, he presented the results of the experiment. I wrote about the study for Nature News, so head over there to see what happened. Image by Eric in SF