What Makes A Hit Song? 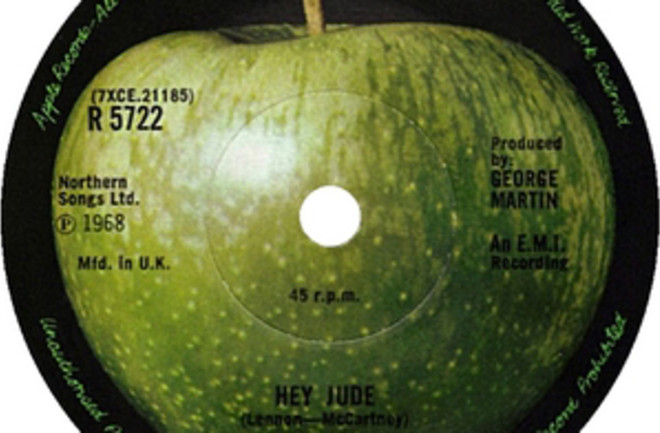 (Credit: Apple Records) How successful would the 1968 hit “Hey Jude” be if not recorded by The Beatles? At over 7 minutes long, the song shattered the notion pop tunes need be 3 minutes or less. More than half of “Hey Jude” is a fade-out coda of “na, na, nas,” a first for pop music. The song was No. 1 on the Billboard charts for nine weeks. In a study published Wednesday in the journal Royal Society Open Science, researchers from the University of California, Irvine try to answer what makes a song a chart-topping success. They examine the hits and misses to learn the ingredients of a blockbuster tune. Though there are trends, the researchers find, mystery still remains about what makes a song rise in the charts.

Using a learning algorithm, researchers studied more than 500,000 tunes released in the United Kingdom between 1985 and 2015. The songs had appeared on the Official Singles Chart Top 100 in the U.K. Researchers examined the number of weeks songs spent on the charts and their peak position. While their findings were to some degree specific to the period studied, overarching trends suggest why songs like “Hey Jude” clicked with listeners. Since pop music arrived in the 1950s, a pattern of innovation followed by musical copycatting has been common. Van Halen’s high-energy, guitar-heavy hits gave way to a whole genre of hair bands that lasted a decade. In the early 1990s, Nirvana’s grunge spawned a bevy of dressed-down bands with sulking singers cooing about dark themes. Artists also copy themselves after initial success. Chuck Berry’s March 1958 hit “Johnny B. Goode” is not that different from his August 1958 hit “Carol.” Boston’s 1976 chart-topper “More Than a Feeling” has the same sonic signature as that of “Don’t Look Back” from 1978. But originally, the song treatments were unique, which caught listeners’ ears. The Royal Society paper found that the most successful songs had something special going on. They weren’t cookie-cutter copies. This runs counter to songwriting in modern country and pop, which tend to consciously lift the ingredients of hit songs. Indeed, new listeners to modern country radio can struggle to tell the songs apart. Same goes for pop music. Other curious findings in the paper: The biggest hits since 1985 have been upbeat party songs sung by women. Yet the most common songs on the Top 100 (not hits) are sadder songs. In the rock genre, men sing the most successful songs. Popularity Matters Plenty of other factors go into creating a song people hum. And these often have nothing to do with the melody. Things like the status of the artist (superstar or newbie), genre (rock, country, hip hop, etc.), and tie-ins to media promotions (was it in a blockbuster movie?) can also boost a song’s success, the paper says. Fame is probably the loudest drumbeat. There is a clear trend over time, write the authors, from “fewer blockbusters by more superstars to more blockbusters by fewer superstars.” According to the data set used in the study, less than 4 percent of all songs were successful each year. A survey found that in 1997 only 2 percent of albums marketed in the U.S. sold more than 50,000 copies. Tired of hearing about Katy Perry, Taylor Swift and Kanye West? Get used to it because fame comes to only a few. Making a Sad Song Better By this analysis, the success of “Hey Jude” makes sense. The Beatles were megastars in 1968, and “Hey Jude” was different from what came before, yet familiar enough to be relatable (no room for avant-garde composer John Cage here). So what would have happened if a no-name act wrote and recorded “Hey Jude” in 1968? Would it have been a hit? The 1960s were a time when talented new acts were given airplay. Perhaps this newbie band would take a sad song and make it better — but given the factors governing what makes a song a hit, it’s unlikely it would be as big a hit as it was when played by The Beatles’.