What Makes a Boy Lizard? Genes, Temperature, and Egg Size 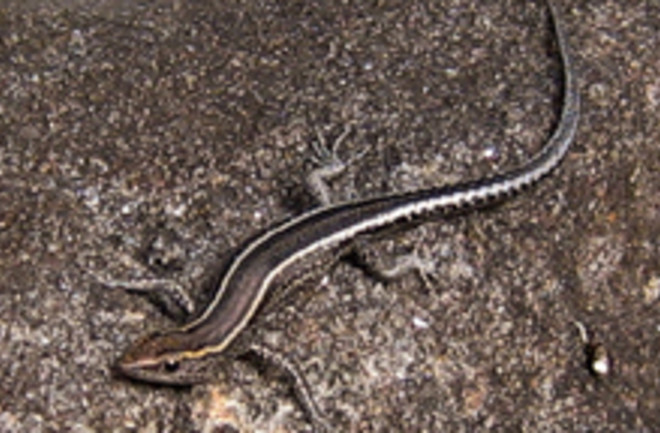 In some lizard species, it's not just genetics that determines whether males or females will clamber out of hatching eggs. Some species are also governed by nest temperature, like the the three-lined skink lizard: Seven years ago, Australian biologist Rick Shine showed that low nest temperatures could overrule genetics, and cause embryos to develop into males. Now, Shine and his colleagues have taken their skink research a step farther, showing that the size of an egg's yolk also plays a mysterious role in the ultimate sex of the offspring. Physiologist Rachel Bowden, who was not involved in this research, says the study

In the study, published in the journal Current Biology, Shine's team first

weighed more than 800 eggs from 130 clutches and found that son-producing eggs were consistently a few fractions of a gram lighter than daughter-producing eggs [The Scientist].

Then the researchers began fiddling with the eggs' yolk levels, and found that when they removed yolk from eggs, more of the embryos developed into males. Shine notes that he had undertaken the experiment expecting to disprove the hypothesis that egg size had any influence on the offsprings' sex.

"We were confident that there would be no effect on hatchling sex whatsoever," Shine said. "When those baby boy lizards started hatching out, we were gob-smacked" [Eureka Alert].

The researchers also found that adding yolk to an egg caused the embryo to develop into a female, but noted that adding silicone instead had no effect--indicating that it's some mysterious substance in the yolk itself that's giving the sex signal. As for what's behind this fascinating control method, researchers say it's possible that this

Related Content: 80beats: Finch Mothers Can Subconsciously Control the Gender of Their Little Ones 80beats: Global Warming Could Bring Single-Sex Doom to Ancient Reptile DISCOVER: Sex, Ys, and Platypuses examines how gender is determined in those complicated animals DISCOVER: A Good Reason for Sex looks at the evolution of gender DISCOVER: The Biology of Sex Ratios wonders whether humans can influence the sex of their offspring