What Is Your Dog Thinking?

A psychological guide to your dog’s dreams, emotions, interests, and tail-wagging body language. 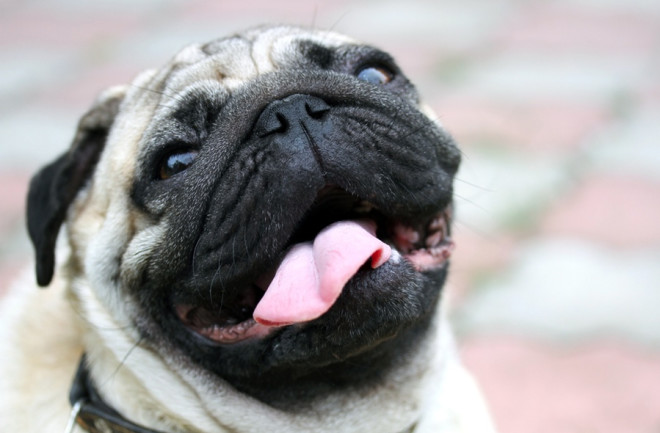 Your canine companion slumbers by your side, but is she dreaming of you? Does she feel guilty about stealing your steak off the kitchen counter and eating it for dinner? What is she trying to say with that annoying bark? Does she like watching TV?

After decades of research, neuroscientists have begun to answer such questions, giving us access to the once-secret inner lives of our canine companions and even translating their barks and wags so mere humans can comprehend them.

At the forefront of this effort is Stanley Coren, a behaviorist from the University of British Columbia, who draws on decades of research to explore the psychological motivations behind dogs’ everyday behaviors, as well as what science says about their barks, thoughts, and dreams.

Do Dogs Experience the Same Emotions as People?

Dogs have the same brain structures that produce emotions in humans. They have the same hormones and undergo the same chemical changes that humans do during emotional states. Dogs even have the hormone oxytocin, which in humans is involved with love and affection. So it seems reasonable to suggest that dogs also have emotions similar to ours. However, it is important not to go overboard: The mind of a dog is roughly equivalent to that of a human who is 2 to 2½ years old. A child that age clearly has emotions, but not all possible emotions, since many emerge later in the path to adulthood.

Dogs go through their developmental stages much more quickly than humans do, attaining their full emotional range by the time they are 4 to 6 months old. Much like a human toddler, a dog has the basic emotions: joy, fear, anger, disgust, excitement, contentment, distress, and even love. A dog does not have, and will not develop, more complex emotions, like guilt, pride, contempt, and shame, however.

You might argue that your dog has shown evidence of feeling guilt. In the usual scenario, you come home and your dog starts slinking around and showing discomfort, and you then find his smelly brown deposit on your kitchen floor. It is natural to conclude that the dog’s actions show a sense of guilt about its transgression. However, this is simply the more basic emotion of fear. The dog has learned that when you appear and his droppings are visible on the floor, bad things happen to him. What you see is the dog’s fear of punishment; he will never feel guilt. He will also never feel shame, so feel free to dress him in that ridiculous party costume.

Most dogs show little interest in the average television set because of their visual abilities. In its simplest form, a motion seen on the TV screen is just a changing pattern of light across the retina in our eye. The average person cannot see any flickering above 55 cycles per second (55 Hz). But beagles see flicker rates up to 75 Hz — about 50 percent faster than human rates — suggesting dogs perceive motion better than people do.

Television images flicker at about 60 Hz. Since that is above a human’s flicker resolution ability of 55 Hz, the image appears continuous to us and blends smoothly together.

Since dogs can resolve flickers at 75 Hz, images on a TV screen probably appears less real and less worthy of attention. However, since high-resolution digital screens are refreshed at a much higher rate, reports are increasingly surfacing of pooches who become very interested in newer technology HDTVs when a nature show contains images of animals moving.

Many people believe that dogs have dreams. Most dog owners have noticed that at various times during sleep, some dogs may quiver, twitch a leg, even growl or snap at a sleep-created phantom, giving the impression that they are dreaming about something. At the structural level, the brains of dogs are similar to those of humans. In addition, during sleep the brain-wave patterns of dogs are similar to people’s, and they exhibit the same stages of electrical activity that are observed in humans — all of which is consistent with the idea that dogs are dreaming.

Actually, it would be surprising if dogs didn’t dream, since recent evidence suggests that animals simpler and less intelligent than dogs seem to do so. Neuroscientists Matthew Wilson and Kenway Louie of MIT have evidence that the brains of sleeping rats function in a way that irresistibly suggests dreaming. Much of the dreaming you do at night is associated with the activities you engaged in that day. The same seems to be the case in rats. Hence, a rat that ran a maze during the day might be expected to dream about it at night.

From studies of electrical recordings of the rat hippocampus (an area of the brain associated with memory formation and storage), made while the rats were awake and learning a maze, Wilson and Louie found that some electrical patterns were quite specific and identifiable, depending on what the rat was doing. Later, when the rats were asleep and their brain waves indicated that they had entered the stage in which humans normally dream, these same electrical patterns appeared. The patterns were so clear and specific that the researchers were able to tell where in the maze the rat would be if it were awake, and whether it would be moving or standing still.

Since a dog’s brain is more complex than a rat’s and shows the same electrical sequences, it is reasonable to assume that dogs dream as well. There is also evidence that they dream about common dog activities. The human brain stem contains a special structure, the pons, that keeps us from acting out our dreams. When scientists removed or inactivated this same part of the brain in dogs, they observed that the dogs began to move around, even though electrical recordings of the dogs’ brains indicated that they were still fast asleep. The animals started to move only when the brain entered that stage of sleep associated with dreaming. During the course of a dream episode, the dogs actually began to execute the actions they were performing in their dreams. For example, a dreaming pointer may immediately start searching for game, a sleeping springer spaniel may flush an imaginary bird, and a dreaming Doberman pinscher may pick a fight with a dream burglar.

It is an odd fact that small dogs have more dreams than big dogs do. A dog as small as a toy poodle may dream once every 10 minutes, while a large dog like a mastiff or a Great Dane may have about an hour between dreams. On the other hand, the big dog’s dreams last longer.

In the minds of most people, the equivalent of a dog’s smiling is when he is wagging his tail. But there is actually one canine facial expression that comes close to what we mean by smiling in humans. In this expression, slightly opened jaws reveal the dog’s tongue lapping out over his front teeth. Frequently the eyes take on a teardrop shape at the same time, as if being pulled upward slightly at the outer corners. It is a casual expression that is usually seen when the dog is relaxed, playing, or interacting socially, especially with people. The moment any anxiety or stress is introduced, the dog’s mouth closes and you can no longer see the tongue.

Dogs are also capable of laughing, and they typically do so when they are playing. Canine laughter begins with the doggy equivalent of smiling but also includes a sound that is much like panting. Several years ago, animal behaviorist Patricia Simonet at Sierra Nevada College by Lake Tahoe recorded those sounds while dogs played. On analyzing the recordings, she found that they involved a broader range of frequencies than does regular dog panting. In one experiment, Simonet noticed that puppies romped for joy when they heard recordings of these sounds; in another, she was able to show that these same sounds helped to calm dogs in an animal shelter.