What Did Humans Evolve From?

A key piece of the human family tree is still missing, waiting to be found. 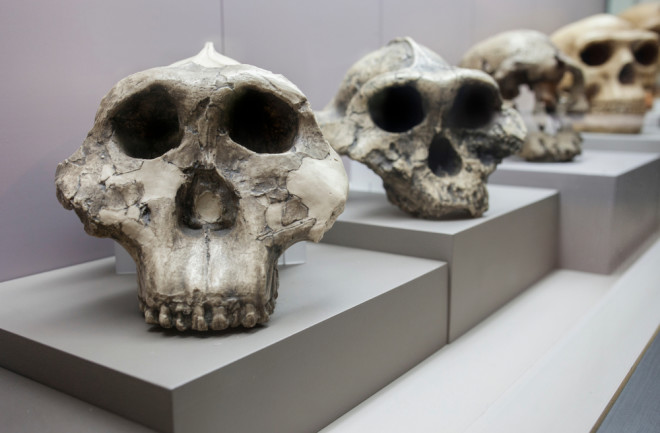 Humans’ most recent ancestor, the species that predated our kind, remains shrouded in mystery. Anthropologists still don’t know what species humans evolved from.

If we go a little bit further back in time, paradoxically, our ancestry is more clear. Humans can count Homo erectus, a species of hominin that lived from around 2 million to just a few hundred thousand years ago, as our ancestor. H. erectus was an extraordinarily successful species, looking more like modern humans in many ways than its forebears and migrating out of Africa into Eurasia.

But what bridged H. erectus and our own species is unclear. One candidate, H. antecessor, was recently disqualified based on a study that used proteins from ancient tooth enamel to reconstruct the species’ heritage. H. antecessor, which lived from just over a million to around 800,000 years ago in Africa and Europe, was actually a sister lineage to our own, closely related but not our ancestor.

That leaves another species, H. heidelbergensis, the most likely candidate for our direct ancestor. The hominins lived from around 400,000 to 600,000 years ago and shared many distinctive traits with humans. But definitive evidence for their place in the human family tree is still missing, due in large part to a dearth of fossils and genetic evidence.