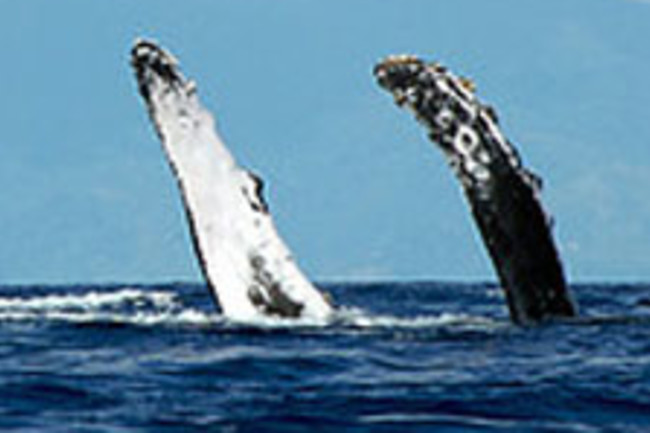 Airplane wings, wind turbines, and boat rudders are so smooth they invite you to run your hand over them. The smoother the surface, the less drag it produces, and the easier it moves through the air or water -- or so says conventional engineering wisdom. Humpback whales, however, move their massive frames around in a different way. The leading edge of a whale's fin looks more like a ripped piece of cardboard. It's covered in little bumps called tubercles that give it an uneven texture and increase upward pressure on the fin. Practically, that means a two-ton marine creature can make sharp turns and elegant maneuvers to capture its dinner of fish and crustaceans. So if whales move this well with serrated fins, maybe we're missing something with our smooth-as-a-baby's-bottom surfaces. Frank Fish, a biologist at West Chester University in Pennsylvania, certainly thought so. He thought the physics of moving through the air versus through the water were similar enough that he could steal the humpback's trick and use it outside of the ocean. So he co-founded a company, WhalePower Corp., to develop ceiling fans whose blades mimic the ragged edge of a whale's fin. They then signed a development deal with Canadian company Envira-North Systems to create a prototype. The fans they created cut energy use by 20 percent in their initial tests, and ran quieter as well. Once they clear the Canadian government's testing and certification requirement, Envira-North officials hope their WhalePower fans will hit the market. So if you needed one more reason to keep your hands away from the ceiling fan, someday it might come with blades that look like a steak knife. This post has been appended. It has been changed to reflect the fact that Frank Fish co-founded WhalePower, which owns all rights to the new fan technology, and merely signed a development deal with Envira-North.