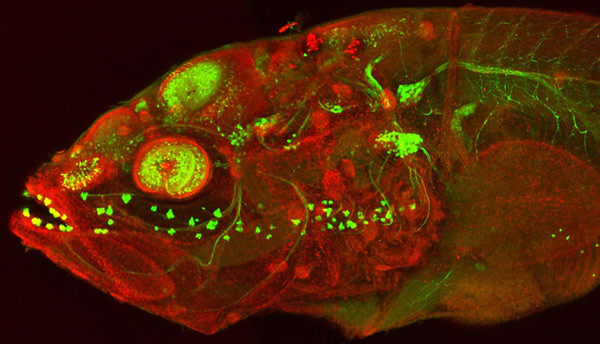 This is the embryo of a cavefish at the age of five days. The glowing green (achieved by injecting an antibody against a calcium-binding protein) reveals the taste buds and nervous system. 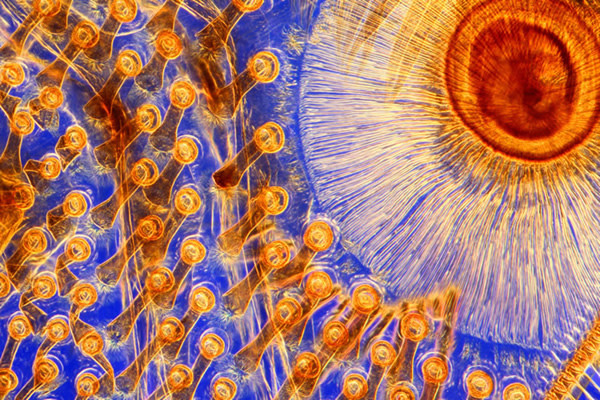 The great diving beetles, the largest freshwater beetles in the U.K., have a problem--when you spend your time in the water, it's difficult to grip anything. As a solution, the male beetles possess these "suckers" on their forelegs and use them to hold onto females during mating. 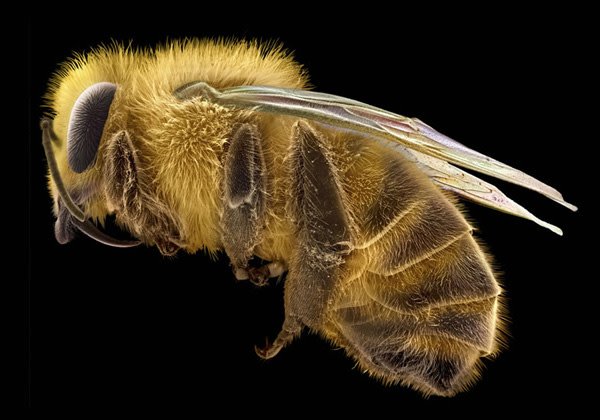 A honeybee revealed in close-up false color by scanning electron micrograph. For an even closer look at how a bee is built, check out DISCOVER's photo gallery The Alluring and Alien Sights of a Bee in Ultra Close-Up. 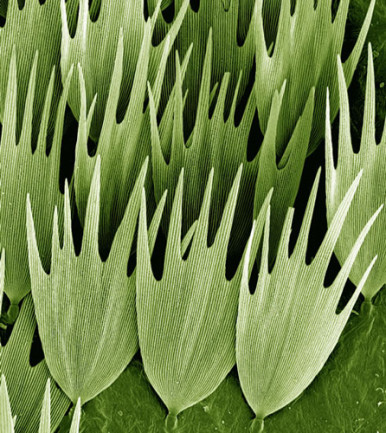 As revealed by scanning electron micrograph, the wing of the superbly named Madagascan moon moth is covered in tiny scales.

It has spectacular wings and is also known for its long tail. As a result, it is also called the comet moth. The moon moth also has no mouth parts; all feeding is done in its caterpillar stage, which means it only lives ten days. [The Telegraph] 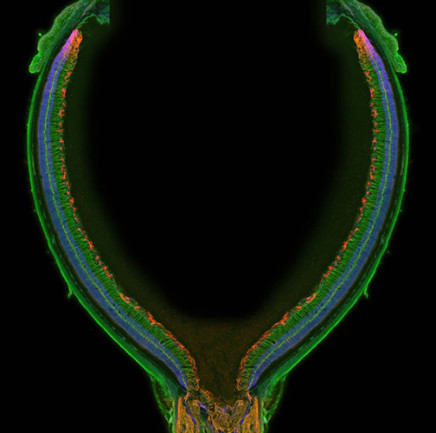 These glowing layers reveal the complex structure of the retina--the photoreceptive part of the eye--in a mouse at one month old. Freya Mowat of University College London combined six different images to achieve this level of detail. 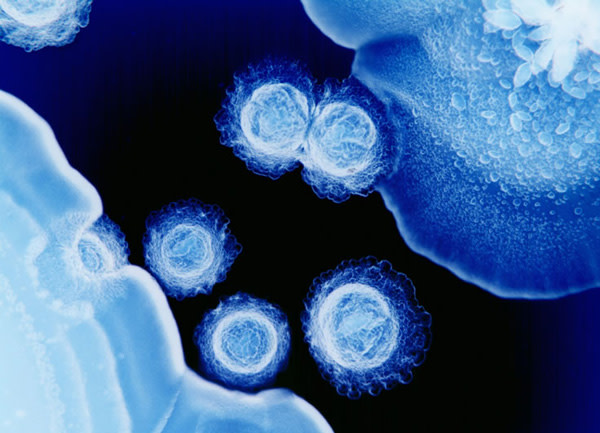 These bacteria look cool, but don't be fooled: They're the periodontal microorganisms that cause plaque on your teeth. Capnocytophaga and Aggregatibacter bacteria are growing on a plate in this picture. They were taken from a patient with advanced gum disease. 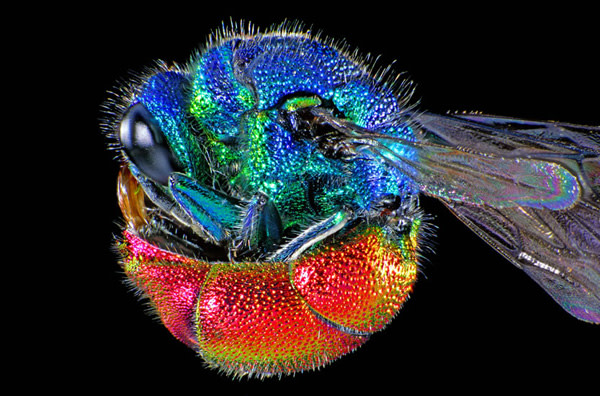 Spike Walker lit up this curled ruby-tail wasp with two flashes to make its iridescence shine for this image. The colors reveal the wasp's anatomy: Its head and thorax glimmer in blue while its abdomen glistens in ruby red. 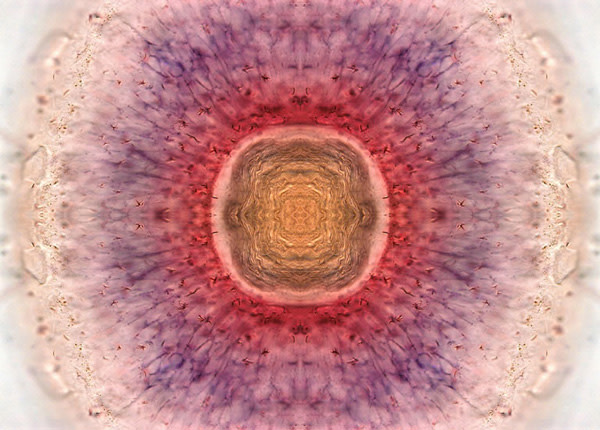 Stare deep into the eye of this three-day-old zebrafish and you'll see its components beginning to form. The lens appears in yellow, the cells that have begun to turn into retinal neurons are in purple, and the cells that have yet to differentiate appear in red.