'Playing possum' is called thanatosis by biologists, and this snake is really killing it. 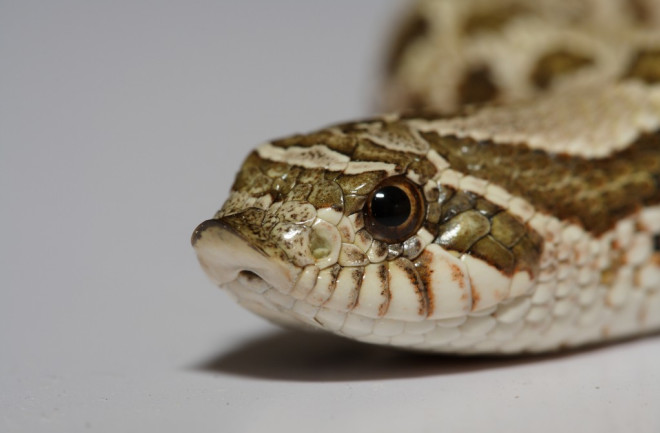 When you look one of these little snakes in its adorable little face, it’s not hard to see how the hognose got its name. Their upturned snoots give the snakes a porcine appearance.

But hognoses don’t just have adorable nasal features — they are also the drama queens of the serpent world. If you thought William Shatner wins the prize for worst over-actor on the planet, think again:

This enthusiastic pretense of death is how the small snakes hope to avoid predation. Apparent death or thanatosis (as biologists refer to it) is a defense strategy used by a variety of species, from frogs to opossums (hence why it’s also sometimes called “playing possum”). Many hunters prefer live prey, leaving dead things to scavenging species, so the snake hopes that its delivery is convincing enough to deter a hungry predator. But they don’t just perform: what the video doesn’t capture is that the snake also secretes a foul-smelling liquid to make itself seem even more unpalatable.

Eastern hognoses (Heterodon platirhinos) and their relatives also don’t resort to this kind of melodrama immediately. Before they feign their demise, they’re known to flatten their necks (somewhat akin to a cobra) and hiss loudly. Despite what you’ll read on the internet, hognoses are venomous, though as rear-fanged members of the Colubridae with relatively mild toxins, they aren’t particularly dangerous to humans. Given what this 21 year old woman went through when her pet hognose tagged her, though, I wouldn’t encourage getting bitten.

This video is also an interesting view into virality: the original posting on YouTube is a couple years old and has just over 400 views. But recently, the guy who took the film — Nick Barys —posted it on Facebook, and it blew up. The Facebook version has more than nine million views! What made a flop into a sensation?  Was is the network he posed it on? Or the new description? Perfect timing? I bet there’s a social media manager out there who would love to figure it out …