Watch a Bee Grow From Egg to Adult in 60 Seconds 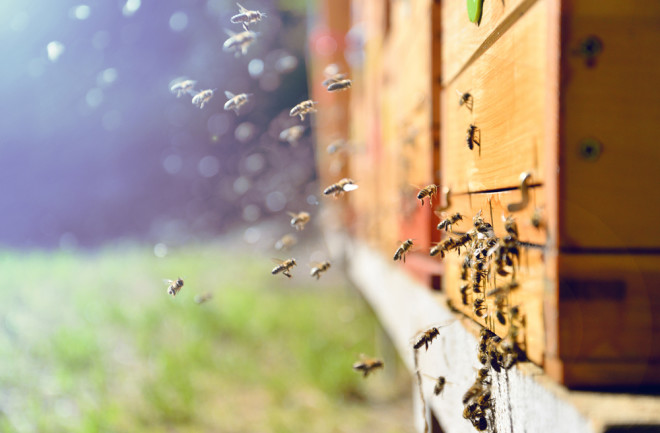 Watching a wriggling, translucent egg transform into a full-grown bee in 60 seconds is certainly amazing.

But there’s a deeper purpose behind this unprecedented video produced by photographer Anand Varma. He partnered with the bee lab at the University of California, Davis, to visually document the first 21 days of a bee’s life in order to better understand what’s making them disappear in alarming numbers. You see, one of the biggest threats to bee colonies today is a tiny parasitic mite from Asia: Varroa destructor.

These mites suck developing bees’ blood, which weakens bees’ immune systems. In turn, this makes an entire colony more susceptible to stress, disease and ultimately complete collapse. Varma figured out how to raise bees in front of a camera in order to observe bees’ behavior during the earliest stages of their lives — when they are most vulnerable. If you watch closely, you can actually see mites scurrying around in bee larval cells.

With visual evidence, Varma wants to help scientists devise new methods for beekeepers to fight back against mites and other stressors that affect colony health. You can learn more about Varma’s efforts from his recent TED Talk, featured below.

All in all, bees are facing an uphill battle when it comes to their survival. The roots of Colony Collapse Disorder (CCD) are still a mystery for scientists. Mites have largely been blamed for disappearing bees, but a 2014 study found that pesticides, not mites, were to blame for CCD. Environmental stressors, overworked bee colonies, and viruses are also considered contributing factors of CCD.

But as Varma explains, in order to understand what’s plaguing the bees, we’re going to have to get to know them — up close and personal.