Was Madagascar Settled by a Tiny Group of Refugees From Distant Lands?

The first inhabitants of the island seem to have come not from nearby Africa but distant Indonesia. 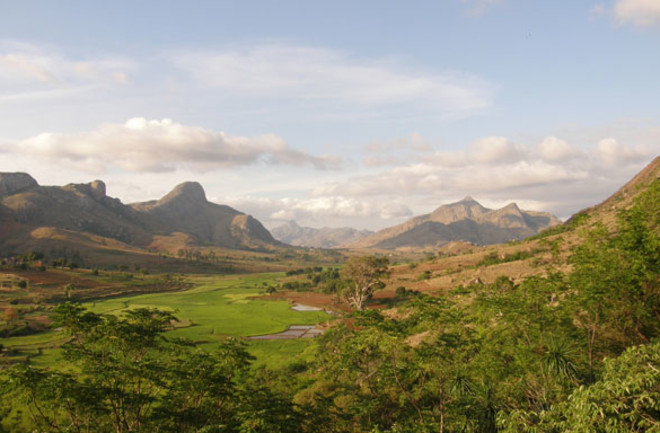 A.D. 830: A storm sends an Indonesian trading ship drastically off course. Months later, dozens of ragged survivors make landfall on an island off the southeast coast of Africa, more than 3,000 miles from home. Today, Murray Cox, a computational biologist at New Zealand’s Massey University, says a scenario like this may describe the murky origins of the first permanent settlements on Madagascar, home to about 22 million people today.

Genetic and linguistic studies suggest the island’s native Malagasy people are mainly of Indonesian descent. The idea of early Indonesians traveling 3,000 miles to the island intrigued Cox. “It’s a surprisingly long distance to come,” he says. So he used computer modeling to parse the clues, running through 40 million settlement simulations. Cox soon pinpointed one that would explain the DNA patterns evident in Madagascar today. Surprisingly, the current population descends primarily from just 30 or so Indonesian women who arrived 12 centuries ago [pdf]. His conclusion is supported by priorfindings that about 30 percent of Malagasy have the same mitochondrial DNA, which is passed from mother to child—far less diversity than in typical human populations, which share less than 2 percent. “This suggests rapid, recent growth from a very small founder population,” Cox says.

It is unclear how Madagascar’s founding mothers (and the fathers who must have been with them) arrived. Cox proposes seafaring merchants thrown off course, or refugees fleeing political strife; the latter could explain why women, usually not found on trade ships, were on board. Now, Cox plans to explore whether small founding groups are characteristic of other early island settlements, including Hawaii. “There may be general rules for settling islands,” he says.