Viruses Have Guided the Path of Human Evolution 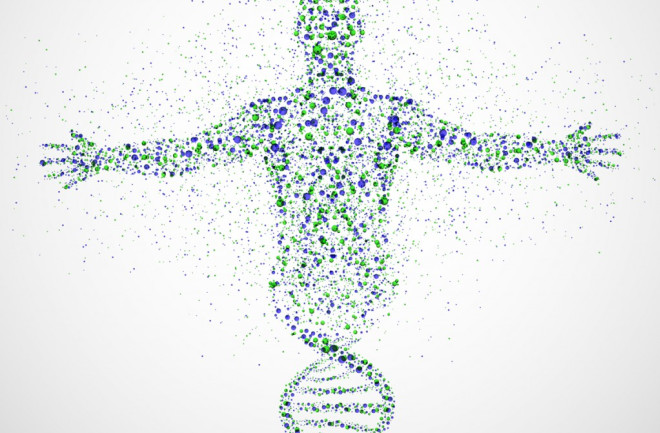 The struggle between humans and viruses stretches back far into the dusty depths of history, and it appears that we wear the scars of this epic battle in that most personal of places: our genome.

Whenever a viral epidemic tears through a community, there are those lucky enough to possess mutations rendering them immune to the disease. If the epidemic is large enough, this mutation can become embedded in our genome, both because of its protective powers, and because those with it will be overrepresented in the surviving population.

Many of the genetic alterations wrought by viruses ares still present in our genome today, and in a new paper, researchers at Stanford University suggests that as much as 30 percent of the adaptions seen in our proteins since the split with chimpanzees millions of years ago could be a direct result of viral infections.

The researchers focused on a list of around 1,300 proteins, culled from some 10,000, that come into contact with viruses that invade our cells. They then combed through genetic databases from humans as well as 23 other mammals to gauge the extent these proteins had adapted over millennia.

When compared with proteins that don't interact with viruses, the researchers found that the Virus Interacting Proteins (VIPs) had twice as many adaptations, indicating that they were changing faster. They saw this effect across VIPs regardless of species, function or time frame, indicating that viruses were to blame for the significant disparity in the rate at which these proteins evolved.

While previous studies have looked at how proteins directly involved with viral defenses evolved, the researchers say that their work is the first to examine how proteins that merely come in contact with viruses, despite not interacting with them at all, are affected by the exposure. Antiviral proteins are known to display a high rate of adaptation, likely to help them rapidly mount a defense against unknown viruses. Now, it appears that this phenomenon extends to proteins with different functions as well.

There are many forces that guide evolution, from large-scale environmental pressures to random fluctuations in genetics. By isolating the effects that a single actor, viruses, has had on the structure of our genome, the researchers identify our relationship with viruses as being one of the key factors in determining the course that our species has taken.

Because proteins with myriad functions, not just defense against disease, are affected by viruses, their influence extends beyond our immune systems and into workings of our cellular machinery. While the researchers couldn't pinpoint which processes in our bodies have felt the guiding hand of viral infections, the implications are vast. They do focus on one protein, alanine aminopeptidase, as an example of the broad influence of viruses.

The protein forms an enzyme used to detect kidney damage, and the researchers say they traced adaptations of the protein in multiple mammal species. This protein is used by coronaviruses as a receptor, and the researchers say that finding so many adaptations in a protein known to be associated with a virus, although not part of the immune system, indicates that the virus was responsible.

They published their findings in the journal eLife in May. Given that many VIPs have only recently been discovered, the researchers say there are likely more to be found. This means that their estimation of how many proteins have been affected by viruses could be on the low side, and many more may come to light.

Viruses may be deadly, but the continual struggle has bound us together. Our DNA is not only a blueprint for our bodies, it is a living history of millions of years of conflict.