Unique Russian "Plant Bank" May Be Saved by Presidential Intervention 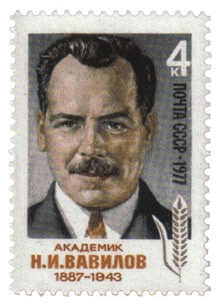 Last week, we described the plight of the Russian Pavlovsk Experimental Station: Plans for a housing complex threaten some 5,000 rare plants, including varieties found nowhere else on the planet. A court judgment last week meant that only the president or prime minister could save the plants, which scientists said would take years to relocate. Now government telegrams and a presidential tweet hint that the plants might have a chance. Twitter campaigns and a petition led by The Global Crop Diversity Trust appear to have caught the attention of the Russian Civic Chamber which monitors parliament and the government. As The Guardian reports, the Civic Chamber sent a telegram to President Dimitry Medvedev to request a protective appeal and Medvedev updated the world via Twitter:

[N]umerous supporters of the research station have made their feelings felt on Twitter (using the #pavlovsk hashtag). On Friday, following a week of lobbying Medvedev tweeted back: "Received the Civic Chamber's appeal over the Pavlov Experimental Station. Gave the instruction for this issue to be scrutinised." [The Guardian]

The outcome of the Medvedev-ordered investigation is far from certain, but advocates for the botanical gene bank have promised to keep up the pressure and say they hope Pavlovsk station will yet be saved. For all the details on the station and its valuable collection, check out Andrew Moseman's previous 80beats post. Related content: 80beat: “Living Library” of Fruit Plants May Fall to Russian Bulldozers DISCOVER: The Numbers on Seeds, From the Largest to the Oldest to the Safest DISCOVER: The “Doomsday Vault” Stores Seeds for a Global Agricultural Reboot DISCOVER: The Banks That Prevent–Rather Than Cause–Global Crises DISCOVER: Beautiful Images of Strange Fruits (photo gallery)