Undersea Cables Could Detect Tsunamis' Electric Signatures Before They Strike 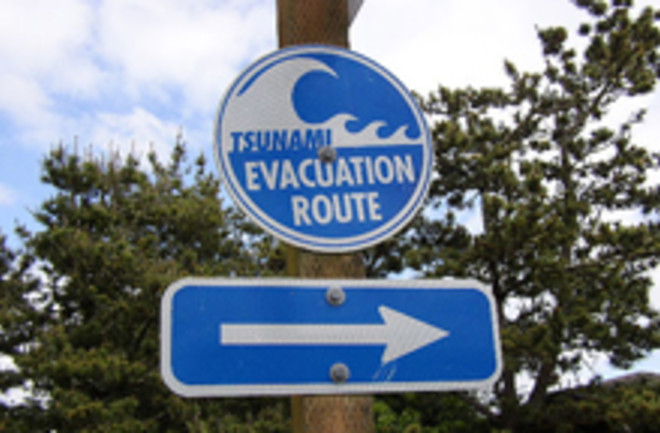 Manoj Nair of the National Oceanic and Atmospheric Administration has devised a new possible method of detecting a deadly tsuami long before the wave crests to dangerous heights. And, in a bit of good news, much of it is already in place. In a new study in next month's Earth, Planets, and Space, Nair modeled the massive 2004 tsunami in the Indian Ocean and found that a tsunami picking up steam as it moves across the ocean emits a tiny electromagnetic signature of of about 500 millivolts. That's enough to have an effect on the communication cables that stretch across the ocean floor, carrying internet messages and phone calls. The electromagnetic signal

Nair says this kind of system could be a lower-cost alternative to the bottom pressure arrays that directly measure large movements of water.

"is very small compared to a 9-volt battery, but still large enough to be distinguished from background noise on a magnetically quiet day," said Nair [Daily Camera]

“What we argue is that this is such a simple system to set up and start measuring,” Nair says. “We have a system of submarine cables already existing. The only thing we probably need is a voltmeter, in theory” [Wired.com]

. Oleg Godin, one of Nair's research partners, said any small improvement could make a huge difference. "If you detect tsunamis in the deep ocean -- and that's what we're working on -- meaning far from shore, you have hours, certainly tens of minutes, to warn people," he said. "If people are well educated, a 15-minute warning is enough to save everybody" [