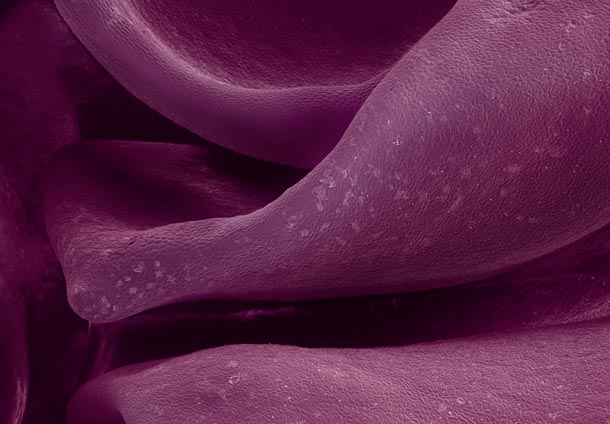 With her series terra cibus, photographer Caren Alpert invites us to take a closer look at what is on our plates. A much, much closer look. The images, taken at magnifications ranging from 15x - 1,000x, give us a chance to step outside the debates around food and lifestyle and simply look at the fibers and textures of what we eat. Subjects for the scanning electronic micrographs include everything from Oreos to blueberries--she was surprised that processed foods were more irregular looking than fruits and vegetables that have more repetitive patterns at this scale. In an interview on Smithsonian.com, she said that the process had yielded some duds, such as tortilla chips and bacon, which proved to be less than photogenic under magnification. Ms. Alpert writes about the project:

"The closer the lens got, the more I saw food – and consumers of food – as part of a larger eco-system. There’s so much rhetoric in our culture around food: food science, food journalism, food history, and food how-to. It is my hope that these photographs might transform our food obsession into a newfound closeness with what nourishes us."

The process of making the micrographs can take several months. First she makes a color sample, then sends the ingredients via overnight mail to a lab in Arizona where they are dehydrated and coated with conductive metals. Only then are they ready to be photographed. The micrographs from the lab are in black and white, so color is then added to match the pre-lab sample. One of the conductive metals used is gold, so she keeps an eye on prices and tries to shoot accordingly.

Terra cibus can be seen at the Camerawork gallery in Portland, Oregon through July 20th and on Ms. Alpert's website. You can also catch her in person at the Apple Store in her home town of San Francisco, at One Stockton Street on July 19th--part of the San Francisco Creative Professionals lecture series. 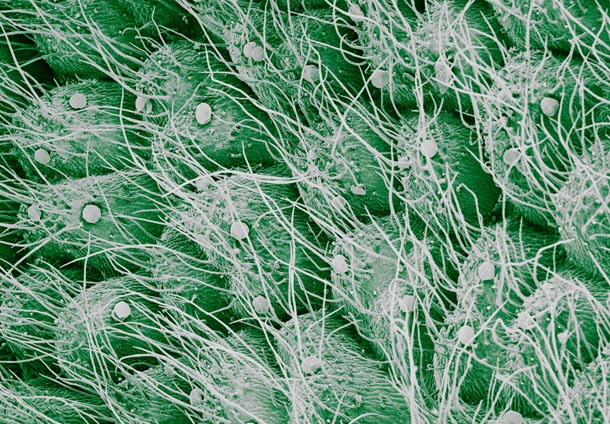 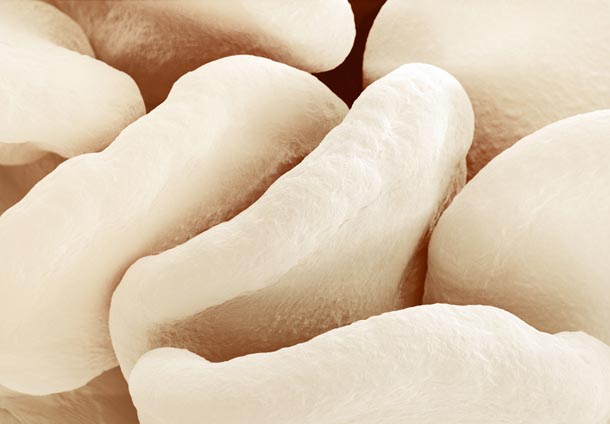 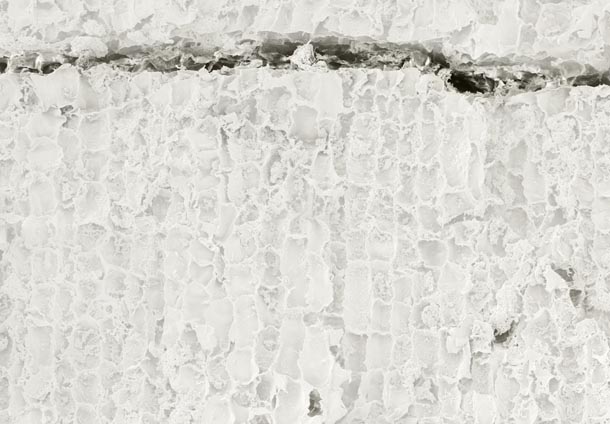