Transplanted arteries stiffen up if their clocks are broken 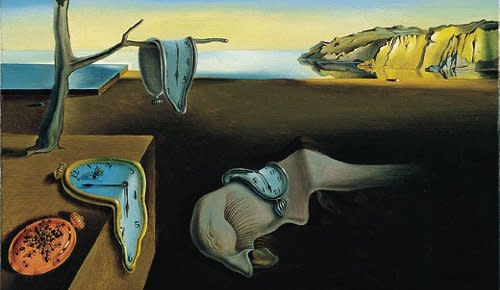 When playing in an orchestra, timing is everything. Musicians take their cues from the conductor, and if any individual plays to her own rhythm, she could ruin the whole symphony. The same is true for our bodies. We run on an internal daily cycle known as a body clock, or more formally a circadian rhythm. It affects everything from our body temperature to our hormone levels to how sleepy we feel. While we speak about a body clock as if it was a single thing, in fact, every one of our cells has its own clock. They are all set by the cyclical activity of certain ‘clock genes’. Trillions of these peripheral clocks tick away inside us. For example, those in blood vessels might control how our blood pressure or rate of blood flow rise and fall throughout the day. These peripheral clocks get their timings from a master clock, which sits in a part of the brain called the suprachiasmatic nucleus, or SCN. It’s the conductor of the orchestra, synchronising the rhythms of the rest of the ensemble. If you get rid of the SCN, the rest of the clocks lose their rhythm. If you isolate the SCN, it will carry on ticking indefinitely; if you isolate other cells, their clocks eventually die away. But Bo Cheng from Georges Health Science University has found that the peripheral clocks have more influence than we suspected. When he transplanted the arteries from a mouse with a deficient body clock into a normal animal, they developed arteriosclerosis, a disease where the blood vessels thicken and stiffen. Even though the conductor was giving the right rhythm, the musicians in the arterial section ignored his instructions and did their own thing, with disastrous results. Cheng found that normal arteries show no sign of disease if they’re transplanted into normal mice. The arteries even behaved normally when Cheng put them inside mice with faults in two clock genes – Period and Bmal – which disrupt their circadian rhythms. The arteries might develop signs of disease after a longer time, but within the 4 weeks of the experiment, they seemed perfectly healthy. On the other hand, Cheng found that arteries would readily develop problems if their own clocks weren’t working properly, even when they were transplanted into mice with working clock genes and normal circadian rhythms. They became thicker, stiffer and inflamed. This was unexpected. If peripheral clocks are tied to the rhythms of the central conductor, the transplants should accommodate to their new environment. That was clearly not the case. Normal arteries keep a normal rhythm in a body with poor timekeeping, and disturbed arteries stay that way in a body with a working clock. “We were definitely surprised,” says Daniel Rudic, who led the study. There were already signs that the peripheral clocks have a certain degree of independence from the central one. For example, the clocks of some organs continue working even if the SCN is destroyed. But Cheng’s study suggests that the peripheral clocks act more independently, and wield more influence over our health, than we previously thought. Scientists have shown that faulty circadian rhythms increase the risk of several health problems. For example, mice with faulty clock genes are more likely to develop heart disease, diabetes, arthritis and premature ageing. But Cheng’s study suggests that some of these problems may be due to faults with the peripheral clocks, rather than the central one. People often realise that they have faulty body clocks because problems in their central clocks create an obvious symptom: they cannot fall asleep or wake up in a regular cycle. But Rudic says, “Our data indicate that there may be silent circadian disorders that are not detected as sleep/wake disorders.” For example, a blood vessel with a faulty clock might increase its owner’s risk of heart disease, without causing any obvious signs or symptoms. More immediately, this has implications for transplant operations. If a donor gives an organ with a faulty clock, the recipient may not be able to accept the organ successfully. This might explain why some transplants are more successful at specific times of the day, or why many accompanied by strange spike in blood pressure at different times. Reference: Cheng, Anea, Yao, Chen, Patel, Merloiu, Pati, Caldwell, Fulton & Rudic. 2011. Tissue-intrinsic dysfunction of circadian clock confers transplant arteriosclerosis. PNAS http://dx.doi.org/10.1073/pnas.1112998108