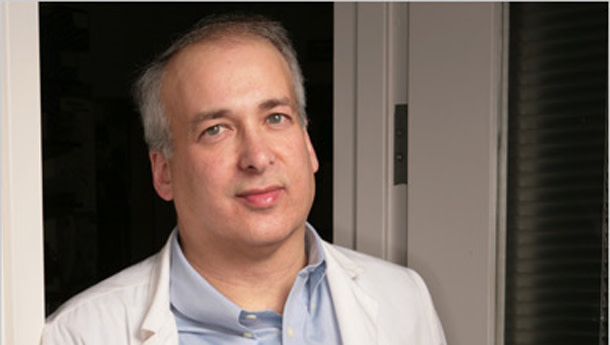 Last year, I interviewed Todd Sacktor for a feature on fear and memory in Eureka, the Times’s monthly science supplement. Sacktor discovered that a protein called PKMzeta is vital for storing memory and in his latest study, he shows that adding more of this protein in the brain can strengthen even old, faded memories. (See “

[One year passes, and I speak to Sacktor again] You’ve now shown that adding extra PKMzeta can boost old memories. What does that add to the PKMzeta story?

It means that PKMzeta is both necessary and sufficient for maintaining long-term memory in the brain. Decreasing PKMzeta gets rid of old memories, but if you simply put in more of this one molecule, that’s sufficient to enhance old memories. It really is a big breakthrough. People really didn’t think that if you put in more of the component of memory storage, it would increase old memories. It really changes how we think about memory storage and opens up a lot of new questions. When we inhibited PKMzeta, it was remarkable that you could inhibit it for a few hours and memories that had been around for a couple of months were erased and don’t come back. That meant you need the continual activity of PKMzeta to maintain the memory. This in a sense is just as remarkable – you put in more of it and you don’t screw up the whole system. PKMzeta somehow knows how to fit into the memories that are already there. What sorts of new questions does that open up? If PKMzeta works by going to the right synapses – the ones involved in storing memory – presumably there’s some interaction between PKMzeta molecules. This helps the new PKMzeta that is being synthesised by the virus to go to the right synapses. There’s some evidence that this is happening, that PKMzeta is in some synapses and not in others. I’ll give you an analogy – think about zeroes and ones on a hard disk. The previous experiment with erasing memories was like saying, okay there’s this pattern of zeroes and ones. That’s what our memories are and now we’re flipping all the ones into zeroes, and that erases the memories. That’s reasonable to understand. Now we’re saying we’re putting in more ones, but it’s like they’re going where the other ones are, rather than randomly going to ones or zeroes, which would lose information. It’s quite a mystery. Is PKMzeta the only way of boosting old memories? I saw another paper

that used a group of proteins called histone deacetylases (HDACs) to similar effect. There was one paper where they had an animal model of neurodegeneration, they increased HDAC and the memory was better. But in that case, the point is that they’ve disrupted and screwed up the brain already. That’s not the same thing as enhancing a normal animal’s old memories and making them stronger. There was another Nature paper a month or so ago

that was also about memory enhancement. But there, the enhancement was really in the initial learning and conversion of the memory from short-term into long-term. That’s like that smart mouse from Joe Tsien

. They put in more NMDA receptors. That’s important for like a second or two while you’re learning. You can make new memories stronger and there are a few things that do that (but they’re still pretty rare). But what we have with PKMzeta is unprecedented, in that you can take old memories that have already been around for a week and make them stronger. That’s what’s really different about this. Do you have an eye on future practical applications? Could this be used to boost our memories? First of all, I don’t think we’re going to be using viruses. But one of the things in this paper, even though it’s just mentioned briefly in the beginning, is that we showed PKMzeta is actually being made with new memories and that’s being sustained. So the more we understand about how the brain makes PKMzeta itself, we’ll be able to have drugs that control the efficiency of that. What’s essential about this study is that it says if we do that – if we increase the amount of PKMzeta in the brain – you’ll both have better memory formation and your old memories will be better too. Now, would having a super memory help a normal person? I’m not so sure. Not necessarily in the long term, but I think the point is more for people whose memories are falling apart because of neurodegeneration. There could be good and bad things about enhancing memory, but in people who are losing their memory, I think it makes sense that the benefits would outweigh the bad aspects. If people can’t remember whether they left their stove on but they can’t remember their children, I think enhancing their memories might be a benefit. You could imagine that the negative would be that they would remember every time they left the stove on or all the good and bad things about their children. One really doesn’t know how this would work out in people. The key thing is that we really didn’t understand how long-term memory was stored and now, step-by-step, we’re getting a better understanding and that’s really great. Do you know what happens to PKMzeta as we age, or in people with neurodegenerative diseases? We know that it’s one of the many proteins that form aggregates in Alzheimer’s disease. The significance of that... functionally, we don’t know. We’ve just looked in the brains of Alzheimer’s disease and found aggregates of PKMzeta in the hippocampus and parts of the limbic system. But I should add that lots of proteins do this. And that actually may be a clue to how PKMzeta could be attracted to other PKMzeta molecules. There may be some interactions between the molecules where they attract each other but in some cases, like in Alzheimer’s, that may be part of the problem.

I’m fascinated by the interaction between PKMzeta and AMPAR receptors – the idea that there’s a tug-of-war between proteins pushing these receptors towards or away from synapses, and PKMzeta changing the balance of that. It seems to suggest that forgetfulness is our default state. (See "Exposing the memory engine")

That’s exactly it! Our default state is no knowledge. Empty nirvana is our preference. But unfortunately, we live lives of knowledge! <laughs>What’s next for you? Trying to understand how PKMzeta goes to the right place is the key question. If we figured that out, a lot of other questions would fall into place.