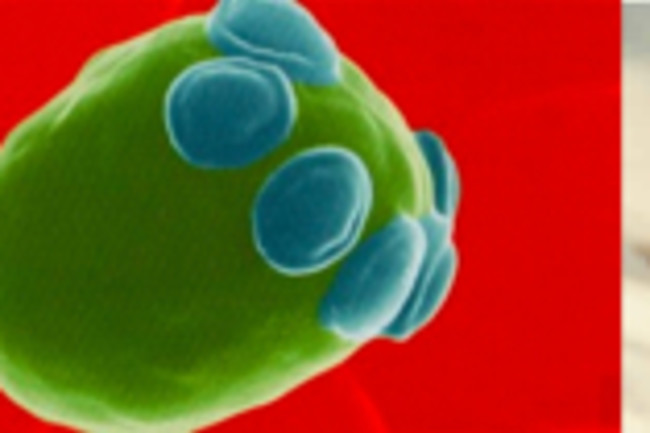 What do human spit, baker's yeast, and fly sex have in common? Together, they illustrate a way in which new kinds of genes evolve. Scientists published a paper in Nature Genetics Sunday in which they studied an enzyme called amylase that's produced in saliva and breaks down starch. Human amylase genes share a common ancestry with the amylase gene found in our close relative, the chimpanzee. But they are different in some important ways. Instead of one amylase gene, we have several. Human amylase genes range from 2 to 15 copies, averaging three times as many as chimpanzees. But our extra copies not sprinkled randomly across the world's population. European Americans and tuber-eating African hunter-gatherers known as the Hadza have a lot of copies. Yakuts, who live in Siberia and eat mostly fish, and Mbuti pygmies who eat mostly animals they hunt, have fewer. See a pattern? The people with few amylase genes are hunters who don't have much starch in their diet. The people with a lot of genes eat a lot of starch. How did this pattern arise? As cells give rise to eggs and sperm, chunks of their DNA sometimes get accidentally copied. Instead of passing down one copy of a gene to the next generation, a parent may accidentally pass down two. As scientists get a closer and closer look at human genomes, they're finding more and more variations in the number of copies of genes. Gene duplication is something that occurs a lot. In some cases, the extra gene may be harmful. In other cases it may have no effect one way or the other. But there are also cases where it appears to do some good. Extra amylase genes look to be a case in point. More genes means more amylase. More amylase means more potent saliva for breaking down starch, which means more nutrition for survival. By comparing the number of amylase copies to other duplicate genes, the scientists concluded that its numbers have been driven up by natural selection. The first boost in amylase may have come when hominids began digging up tubers a million years ago or more. A much more recent burst of amylsase genes was driven by the dawn of agriculture in some parts of the world. These sorts of benefits can drive the multiplication of genes, not just in humans but in other organisms. In July, Irish scientists published a study on baker's yeast. Its ancestors underwent a duplication of their entire genome. The extra genes allowed the yeast to get more energy from turning sugar into alcohol. As gene copies build up in a genome, some of them can take on new jobs. And here is where the fly sex comes in. In some species of Drosophila flies, the males and females wage a biochemical war of the sexes. The males can boost their reproductive success by manipulating their female mates. They do so with a cocktail of chemicals mixed into their seminal fluid. Some of the chemiicals stimulate the production of eggs, some chemicals create a big mass in the reproductive tract that may make it harder for a female fly to mate with another male. Females produce chemicals of their own to counteract the male chemicals. You'd expect that mutations that gave either the male or the female an edge in this arms race would be strongly favored. And in the August issue of PLOS Genetics, scientists published a list of female reproductive proteins that show strong signs of natural selection. A dozen of these proteins are proteases--they are good at slicing other proteins apart. The flies only make these proteases in their reproductive tract, and yet the proteins are not closely related to other proteins made in the reproductive tract. Instead, their closest relatives are families of proteases that the flies make in their guts in order to digest food. The best explanation for these results, the scientists conclude, is as follows: the digestive protease genes were accidentally copied in the ancestors of the flies, and gradually accumulated into large families. Some of them mutated so that they only produced proteins in the reproductive tract. They turned out to help break down some of the nasty molecules in the male seminal fluid, and so they were favored by natural selection. Other mutations later arose and were favored by natural selection because they hone the protein-slicing powers of these female proteins to match the male proteins. There's a nice little irony to these three papers coming out at around the same time. We tend to think of yeast and fruit flies as model organisms that scientists study in order to get clues to our own biology (and our own evolution). But in the case of gene duplication and gene borrowing, we humans are the model. The variations of starch-digesting enzymes in human spit illustrate how organisms can produce the raw material for natural selection to create new kinds of genes.