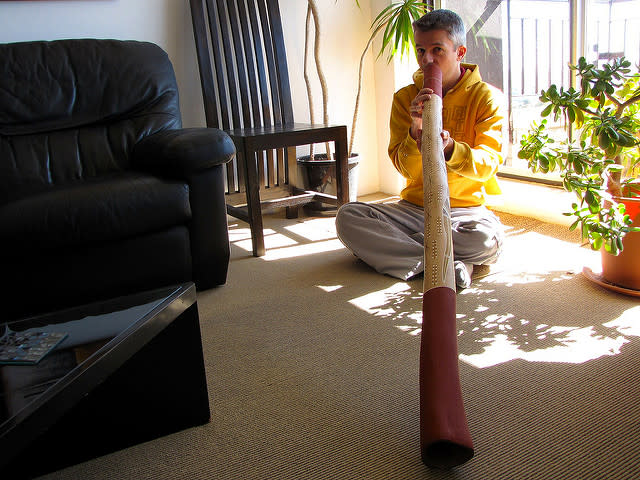 People with sleep apnea are at war with their windpipes. But they might be able to get some help from a different kind of wind pipe—namely, the Australian Aboriginal instrument called the didgeridoo. In sleep apnea, obstructed airways stop a person's breathing over and over at night. It's normal for the throat muscles to relax during sleep, but for sleep apnea sufferers this relaxation combines with other factors to make breathing impossible. Apnea leads to broken sleep, snoring, and exhaustion during the day. A device called a CPAP (continuous positive airway pressure) machine can treat sleep apnea, but it's pretty drastic, involving a mask hooked up to an air-blowing motor. Alex Suarez, a didgeridoo instructor in Switzerland, noticed that his own sleep apnea symptoms lessened after several months of practicing the instrument. Some of his students experienced the same thing. So Milo Puhan, a doctor and professor at the University of Zurich, and his colleagues set out to test the didgeridoo effect. The researchers recruited 25 non-obese adult subjects. All had moderate sleep apnea, with somewhere between 15 and 30 episodes per hour at night. (All them also reported that they snored.) Fourteen of these subjects were randomly assigned to learn the didgeridoo. They received plastic instruments, which are allegedly easier to learn on than the traditional wooden kind. 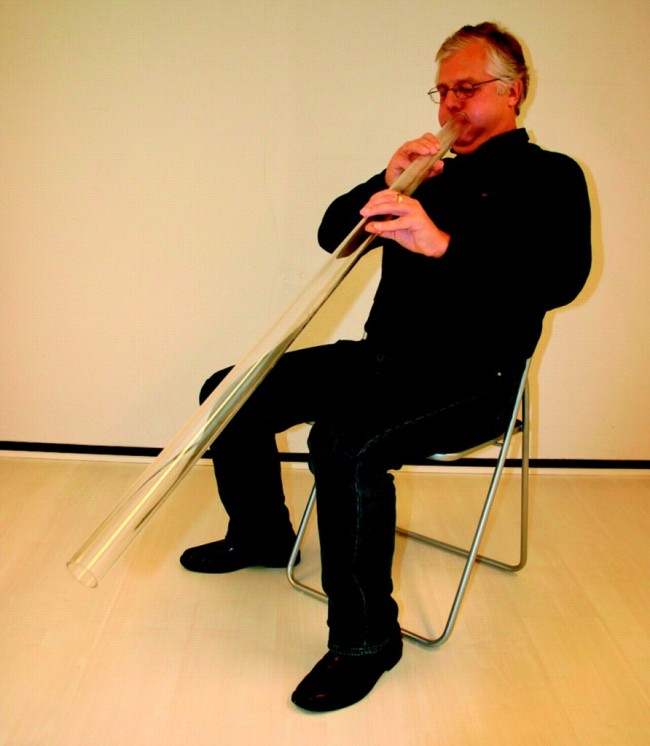 A man plays an acrylic plastic didgeridoo. In a series of lessons, the subjects learned proper lip technique and circular breathing (inhaling through the nose while continuously blowing on the instrument). They also had to practice at home for at least 20 minutes a day, five days a week. After four months, the researchers assessed all the subjects' sleep apnea symptoms for a second time. The difference was clear: people who'd been playing the didgeridoo had fewer sleep apnea events at night. And they reported feeling significantly less tired during the day. They also seemed to have taken to the instrument. On average, subjects practiced six days a week for 25 minutes—more than was required for the study. The researchers think learning and practicing the didgeridoo strengthened the muscles of people's airways, making them less likely to collapse during sleep. This was even beneficial to subjects' partners, who reported fewer sleep disturbances in the night. (Researchers didn't ask, though, how disturbed the partners were by the didgeridoo music.)

Image: to by Laurent (via Flickr); bottom, Puhan et al.