Tiny Marsupials Have Such Frantic Sex It Kills Them 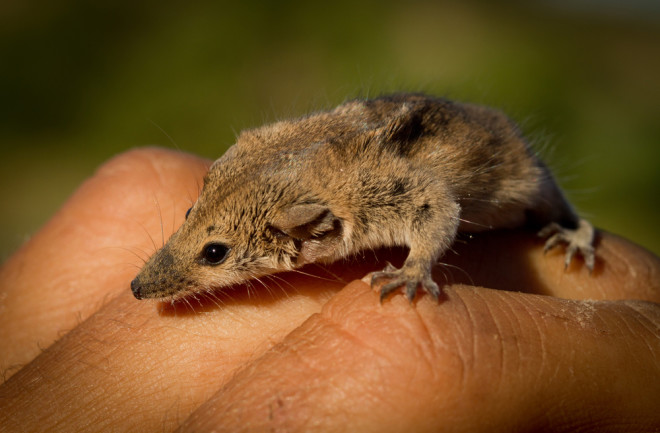 This Australian phascogale can't stick around for coffee or cuddling. Image credit: Janelle Lugge/Shutterstock Don't be fooled by the prudish appearance of this mouse-sized marsupial---in an evolutionary strategy called suicidal reproduction, males literally sex themselves to death in order to pass on their genes. Scientists have spent 30 years trying to figure out why this would be a good idea. Is it fewer mouths for the furry family to feed? Or eliminating unhelpful dads from the picture? Nope. New research says it comes down to promiscuous females and pumping out super sperm.

"This is a form of post-mating sexual selection in which males compete with their sperm inside the female reproductive tract, rather than fighting to gain access to females."

But that means that in order to pass on his genes, a male needs to make pretty magnificent sperm and fertilize as many females as possible. Since males don't help raise the young, and they have a short lifespan to begin with, they give their one and only mating season all they've got.

These tiny guys copulate for up to 14 hours at a time, during which frenzied marsupial males' levels of testosterone and stress hormones skyrocket. Even their muscles start to break down so that every ounce of energy they've got can be diverted to sex.  Such all-out exertion kills many a male before season's end. The focus on sperm- and baby-making causes other bodily functions to shut down, including their immune system. Males often die of internal bleeding or infections that their weakened bodies cannot fight off, before they've ever seen the fruits of their life-ending labor. As New Scientist reports,

Rather than growing fighting-fit bodies, the males pour everything they have into fighting-fit sperm. This leaves them with nothing in reserve to fend off disease afterwards.

The study, published this week in Proceedings of the National Academy of Sciences, suggests that suicidal reproduction is an extreme example of sexual selection. In other words, don't try this at home.