Time-Lapse Video from the McMurdo Dry Valleys of Antarctica 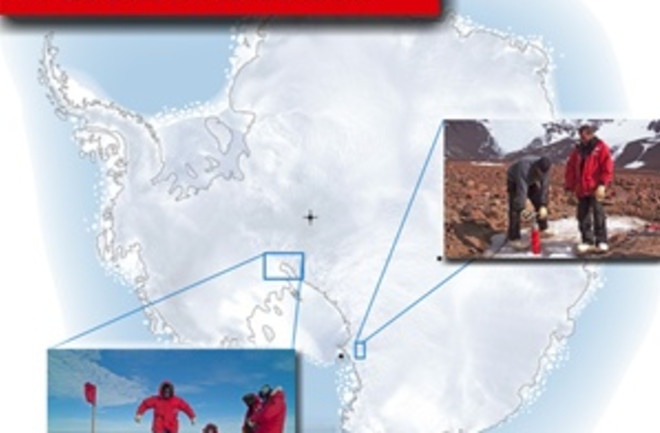 The world's loneliest landscape comes to life in these time-lapse videos by Keith Heyward and Jennifer Berglund of Prehensile Productions:

Video guide, in order of appearance:

1. Friedmann Lake: As rocks heat up in the sunshine, they sometimes reach temperatures above freezing, causing small trickles of snow to melt. Over hundreds, if not thousands, of years, it gathers in small pools where it remains frozen solid. As the sun retreats behind the mountains during the summertime, the ice on the lake expands, causing popping and cracking sounds that resemble a shotgun being fired.

2. Friedmann Valley: A view from the beginning of the valley facing north toward Beacon Valley.

3. Glacial Till: A close-up view of the glacial till covering a buried glacier in Friedmann Valley.

4. Central Beacon Sublimation (2 clips of same thing): In this south-facing view of Central Beacon, snow falls and sublimates atop a large dolerite boulder. The holes on the rock were formed over millions of years by this very action.

5. Sandstone Boulder in Central Beacon Valley: This large sandstone boulder was sculpted by strong Antarctic winds over thousands of years. These natural sculptures, called ventifacts, are present throughout the Dry Valleys.

6. Camp Life: Although weather canceled work on this snowy and cloudy day, life is still bustling in the Upper Beacon Valley camp. The yellow tents, called Scott tents, are where researchers sleep in the field. They were tailored to endure some of the early Antarctic expeditions about 100 years ago, and the design was so effective, it hasn't changed much since.

8. Sandstone Boulder, Central Beacon Valley: This large sandstone boulder towers over the weathered rubble in Central Beacon Valley. This section of Beacon Valley covers the oldest portion of buried glacier ice. It is known to be up to 8 million years old in parts, due to the amount of weathering present on the glacial till. It takes millions of years for boulders to be whittled down to small rocks by wind, snow and sublimation.

9. The Labyrinth: One of the most spectacular scenes in Antarctica, the Labyrinth was formed by a subglacial flood some 12 million years ago. Many speculate these landforms are present throughout Antarctica, buried beneath the thick layer of ice that covers 98 percent of the continent.

10. Lower Labyrinth and Wright Valley From the Asgard Range: This view, facing north toward the ocean, displays the lower half of the Labyrinth and upper Wright Valley of the Asgard Range. Across the valley is the Olympus Range, where each mountain is named after a Greek god. Likewise, each mountain in the Asgard Range is named after a Nordic god. Wright Valley is famous for its mummified seals. Every 100 years or so, a seal loses its way back to the ocean and migrates into the mountains, where it eventually dies. Although a carcass might appear only days old, it could have remained frozen in the valley for more than 1,000 years.

11. Sublimation on Dolerite: Through an ongoing process of snowfall and sublimation, small holes are carved into pieces of a volcanic basalt called dolerite. It would take thousands, sometimes millions, of years for these small holes to form.

12. A Wall of Clouds: Clouds descend on Upper Beacon Valley, halting all work for the day.