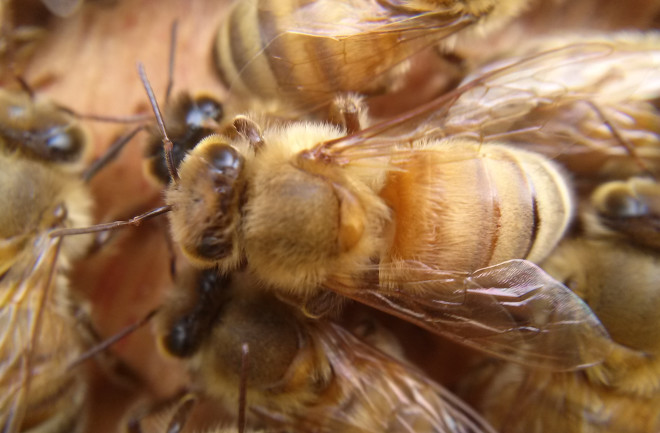 Honeybees caused quite a buzz this year when three separate studies showed they possess some of the same mathematical abilities as humans, despite much tinier brains.

In February, research in Science Advances indicated honeybees could learn to add and subtract. To teach the bees arithmetic, cognitive scientists set up a Y-shaped box for the bees to fly through. When a bee entered the box at the bottom of the Y, it saw blue or yellow shapes. If the shapes were blue, the bees were trained to fly down an arm of the Y toward a picture with one additional shape to receive a sucrose reward; the other arm had a bitter drink instead. If the shapes were yellow, bees were rewarded for choosing the picture with one fewer shape.

How bees use their arithmetic skills remains unclear, though many animals make use of concepts like more, less and zero to find areas with the most food and fewest predators. Bees’ skills could benefit us, too, since understanding how they count and compute — despite having around 1/100,000 the neurons of human brains — could help researchers design better computers.