This Week in Human Evolution 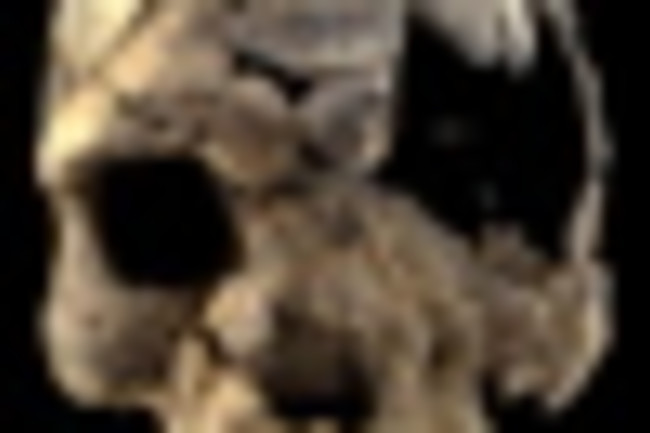 I've been in low-blogging mode for a few days as I try to fire off a few dead-tree articles. But I wanted to write up a quick post to draw your attention to [strike]three[/strike]two very interesting pieces of human evolution in the news. 1.

A new paper presents the results of a systematic scan for human genes that have experienced natural selection in the past few thousand years. An impressive 700 regions turned up. The fact that humans have been evolving during recorded history is not new. The ability to digest lactose in milk as an adult, resistance to malaria, and other traits have long been recognized as having experienced strong natural selection after the dawn of agriculture. But this new study certainly sets the standard for all future work in this area, because it is so thorough. (Gene Expression takes you through the steps. The original paper is here.) The next logical step would be to add new populations to the database. The new study compares only three populations--Yorubans from Nigeria, Chinese and Japanese, and people of European descent in Utah. I wonder how different the evolutionary pressures are in other groups. Inuits get no benefit from malaria resistance, for example. Lactase digestion turns up in people descended from cattle herders. Are there adaptations for eating rice, cassava, or blubber? Adaptations for drinking milk are not the stuff of racial controversy, but brain genes certainly are. Last year there was quite a hullabaloo over findings that a couple brain genes were also evolving quickly over the past few thousand years. The fact that natural selection appeared to be occurring in those genes in Europeans and Asians generated a fair amount of commentary that at least had a whiff of racism to it. Those particular findings seem to dissipate in the new study, perhaps because it looks at a bigger sample of people. On the other hand, there are other brain genes that the new study identifies as evolving. Some are found only in one or two samples, and one is in all three. These results show no simple pattern that can be exploited for blithe generalizations. So I expect silence from pundits. 2. The Evolutionary Volume Knob. While working on my Smithsonian Intimate Guide to Human Origins, I was particularly struck by a visionary paper published in 1975. Mary King and Alan Wilson argued that the evolution of humans might have been dominated not by the emergence of new genes, but by new uses for old genes. At the time, scientists knew precious little about human DNA. They had yet to sequence a single human gene. In Nature today, scientists published a study that investigates their proposal with all the tools biotechnology has to offer today. The scientists set up devices known as microarrays that can measure the activity of genes in cells. They measured the activity of over 1,000 genes in liver cells from four species of primates--humans, chimpanzees, orangutans, and rhesus monkeys. About sixty percent of the genes show the same levels of expression in all four species, suggesting that they have changed little since the common ancestor of monkeys and apes. But they found 14 genes in humans that buck that conservative trend, showing significantly higher or lower activity than in other primates. Interestingly, five of these genes encode proteins that turn on and off other genes (transcription factors). The authors note that in studies on closely related fruit flies, transcription factors don't seem to have evolved very quickly. So it's possible that the patterns found in the new study offer some clues as to why we humans are so different from chimpanzees compared to fruit flies separated by the same amount of evolutionary history. 3. [Update 3.11.06: I've decided to delete this last entry. I've explained why here]