To map the supercontinent of the future, geologists first had to solve a vexing magnetic riddle. 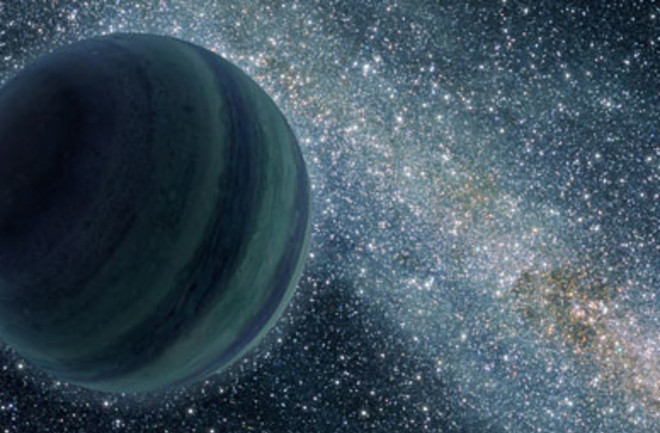 Earth’s modern continents are the fragments of a single, 300-million-year-old supercontinent called Pangaea. This vast landmass once rested on the equator, near where Africa is today. During the age of dinosaurs, tectonic forces slowly tore Pangaea apart. Now geologists predict those same forces will reassemble the pieces into a new supercontinent, named Amasia, about 100 million years in the future.

Ancient rocks and mountain ranges show that the constant movement of Earth’s crust has assembled and ripped apart supercontinents several times before, in a roughly half-billion-year cycle. But pinpointing where the past ones formed has proven difficult, which in turn clouded attempts to forecast the next great smashup.

A team of Yale geologists say they have cracked the problem, providing the best look yet at the planet of a.d. 100,000,000. Led by graduate student Ross Mitchell, the researchers first looked back beyond Pangaea and determined the location of supercontinents Rodinia, which formed about a billion years earlier, and Nuna, 700 million years before that. The team found that during the last two cycles, each supercontinent formed a quarter of the way around the globe from where the previous supercontinent had been. Using that insight, they calculated that Amasia will form over the North Pole.

Their prediction is based on a new method of interpreting data from magnetic traces found in ancient rock samples. Those traces, which record the orientation of the samples relative to Earth’s magnetic field when they solidified, can be used to determine where on the globe the rocks formed. Geologists can then use those data to track the supercontinents’ movements.

Magnetic traces have long been used to calculate the latitudes, the north-south positions, of ancient continents. But longitude, the east-west position, is much trickier to pin down because Earth’s magnetic field varies little with longitude. To overcome the problem, Mitchell and his team devised a new way of analyzing the magnetic data to detect a phenomenon known as true polar wander—the gradual change in the position of Earth’s poles as the planet’s internal mass shifts. By tracking polar wander through time, the researchers were able to determine the longitudinal position of ancient rocks. “This is the first time there’s been a method to capture information on paleolongitude,” says Brendan Murphy, a geologist and plate tectonics expert at St. Francis Xavier University in Nova Scotia.

The findings offer more than a glimpse into the world of tomorrow. A better understanding of the supercontinent cycles will shed light on the evolution and dispersal of the prehistoric creatures that were passengers on these traveling continents. The discovery also has implications for the search for oil, which usually forms where continents drift apart, says Mitchell, a consultant for Shell.

Paleontologists are already using the new results to reexamine the spread of plants and animals across the continents over geological time. And Mitchell says he is eager to have others test his group’s Amasia prediction. “Most often in science, you don’t have enough data to be sure,” he reflects. “But with all the data from all the continents over the past few billion years, we’ve constructed the whole lifetime of a future supercontinent.”

Paul Raeburn, a frequent DISCOVER contributor, is writing a book on the science of fatherhood. He also critiques science writing at the Knight Science Journalism Tracker.