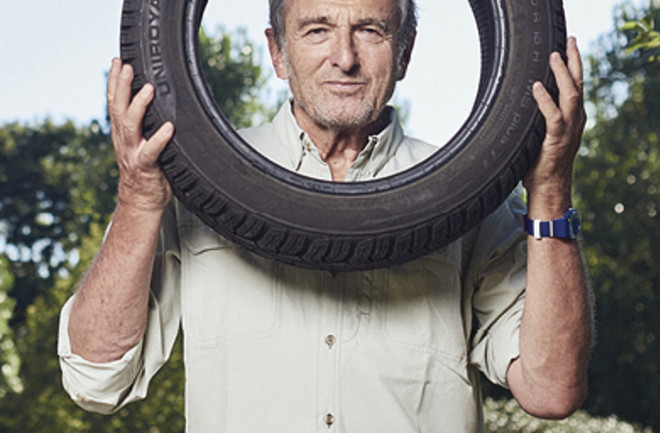 In the early 1980s, Aedes albopictus, a mosquito species native to Southeast Asia that spreads dengue fever and yellow fever, turned up deep in the American South. Though there were no reported disease outbreaks, epidemiologists were still worried, especially when huge swarms arrived in Houston. The so-called Asian tiger mosquito had clearly gained a foothold in the U.S., but no one knew how it had gotten there. So medical entomologist Paul Reiter headed to the city, situated near the Gulf of Mexico, to search for larvae (and answers) in containers of standing water — especially inside discarded, used tires. There, a chance encounter along a road on the outskirts of town put Reiter on the trail to solving the mystery.

I found myself in Houston, accompanied by a colleague, kicking tires and gathering information on the character and location of infested sites – the sort of things that medical entomologists like to do. We concentrated our efforts on a profusion of discarded tires on a lonely acre of wasteland not far from the city’s port. Nearly all contained water and were infested with tiny larvae. They were obviously thriving, but the puzzle remained: How had they gotten there?

On the second day of my visit, toward sundown, we were packing to leave when a pickup truck drove by and stopped some 150 yards away. Two men got out and started sifting through tires. They would occasionally chuck one into their vehicle.

Our tires! We had marked them for study!

I summoned up courage and approached them. “Good evening, gentlemen. May I ask why you are collecting these tires?”

“Our company ships them to Mexico and Guatemala,” they said. “They also ship them in from India.”

A moment of bewilderment, then: Eureka! The men looked puzzled that I was so excited.

A. albopictus was an Asian mosquito. And they’d said these tires were coming from India.

The next morning, I raced to the importing company. The boss was unsmiling and suspicious. Yes, his company imported used tires, he said, but from Japan, not India. Nineteen containers a month. Yes, he did export to Mexico and to several countries in Central America. Lots of people did, and they imported them from many other countries.

I was at the local Department of Commerce by the afternoon, leafing through annual volumes of monthly trade data, import and export. Sure enough, for every month of every year, there were entries under a series of categories: automobile tires, used; truck tires, used; tractor tires, used; airplane tires, used; and so on. Thus it was that I became the world’s foremost used-tire epidemiologist!