These Butts Were Made for Walking

Our big butts make us human. 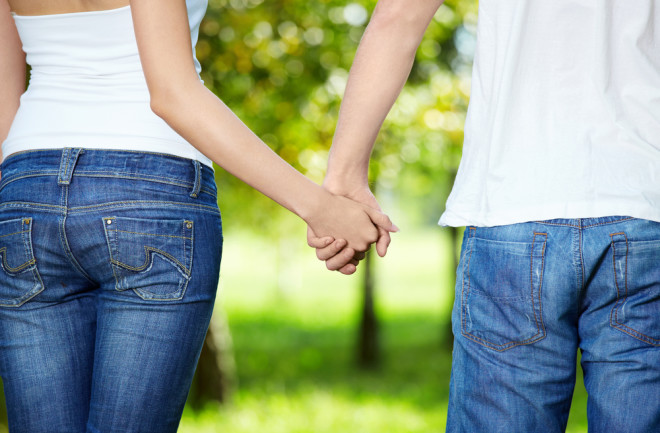 What else distinguishes us from the apes besides walking fully upright? We have bigger brains, of course. And we also have bigger butts. Some researchers have wondered whether our rear ends were a prerequisite or a consequence of our upright posture. Now Thomas Greiner, a physical anthropologist at New York Chiropractic College in Seneca Falls, argues that our ample posteriors are a bipedal by-product.

In apes, the gluteus maximus is a relatively puny muscle that attaches to the ischium, the part of the hipbone we sit on. The muscle acts as a hip extensor, pulling the hip backward, and provides good alignment for tree climbing. But the muscle can't keep apes in an upright stance for long--apes quickly tire of standing. Humans, however, have a thick, powerful gluteus maximus that attaches higher up, to the ilium, the broad, flat upper bone of the hip. This higher attachment gives our gluteal muscles more leverage and helps keep us stable while walking or standing.

To try to determine which came first--large buttocks or upright posture--Greiner has developed a computer model that shows how muscle action changes in response to changes in bone shape. Over millions of years, the human ilium has become shorter than that of apes. In his model, Greiner saw that a shorter ilium hinders an ape's ability to walk upright.

"As you walk," he explains, "there are times when you have only one foot on the ground. When that happens, the natural tendency is for the body to fall to the other side." In apes, the gluteus works to prevent that and helps keep their bodies balanced. But with a shorter ilium, the gluteus can't counteract a sideways fall. A short ilium is thus useless for apes.

Greiner concludes that our apelike ancestors began walking upright for some unknown reason before their ilium and gluteus began to change. "The best way to explain the transition from an apelike posture to one more humanlike," he says, "is that a humanlike posture was adopted first and resulted in a humanlike morphology."