These Animals Get Creative To Get Some Sleep

It can be tough out there in the wild, so some creatures have evolved unusual habits in search of shut-eye. 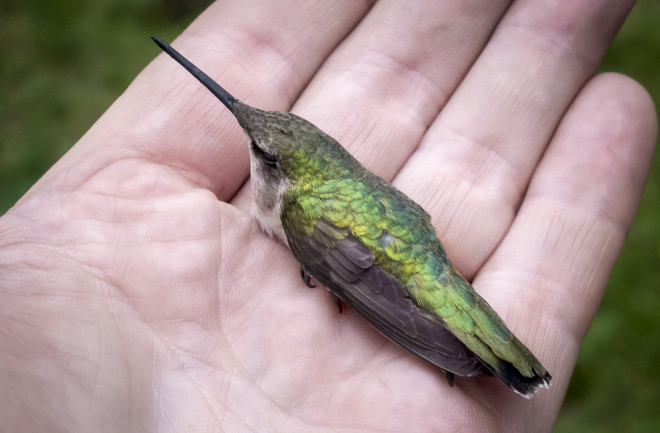 Pet owners know the struggles of trying to sleep with an animal in the house. Nocturnal pets can be particularly frustrating: Upon waking, a cat may try to smother you to death or bite your nose. Meanwhile, rabbits are crepuscular, meaning they’re active at dawn and dusk. So people are probably accustomed to their bunnies wreaking havoc in the wee hours of the morning.

But these are far from the strangest sleeping habits in the animal kingdom. While you might assume that all animals slumber somewhat similarly, researchers have observed a wide variety of rest states. Here are some strange strategies that animals have developed in order to get some rest:

For those living in the wild, getting some shut-eye can be tricky. For one, there’s the need to dodge predators. And since some birds fly over oceans and can’t land for months at a time, they also face quite the challenge. Ditto for dolphins or whales, who aim not to drown in the act.

Birds and aquatic mammals landed on an interesting strategy to overcome these hurdles: They only induce dozing in one half of the brain, a behavior called unihemispheric sleep. This allows the Great Frigatebird to keep soaring while it snoozes, and dolphins, whales and other cetaceans to regularly surface to breathe. Other marine mammals, including seals and walruses, use this technique to catch a few winks underwater as well. Birds and seals can mix it up, going back and forth between regular and unihemispheric sleep, but cetaceans can only sleep unihemispherically. Sperm whales have their own weird twist on sleeping habits too — they sleep vertically, suspended eerily in the water.

Snoozing On The Move

Underwater animals have developed other unique ways to sleep below the waves. But sharks have encountered roadblocks. Sharks descend from an ancient lineage (older than grass, flowering plants and Saturn’s rings) and have survived multiple mass extinctions, however some species have a rather surprising problem with living underwater: They can’t breathe unless they’re swimming.

But even without human intervention, sharks would still encounter this issue. It was even once thought that sharks simply didn’t sleep, though recent research has overturned that idea.

For some sharks, it turns out their swimming is governed by their spinal cord, not their brains. When they doze off, the spinal cord takes over their movement and allows them to continue moving along, albeit more slowly. Some great whites have been documented doing something astonishing: They swim slowly and face a current, presumably facilitating easier breathing.

In a dangerous world, falling asleep can be risky. Terrestrial animals tackle this dilemma in different ways. For example, ducks sleep in rows, with the outside members keeping their outward-facing eye open (they rely on unihemispheric sleeping to pull this off).

Larger animals, especially four-legged ones, supplement the time spent sleeping on the ground with standing power naps. Horses have ligaments in their legs that lock, so they can take a short rest without falling over. Still, they do they need to lie down to get some proper sleep. Giraffes and elephants are also known to rest a bit on their feet.

Killer whales and dolphins take things to the next level. Few animals are more at risk than newborns, and if the mother sticks around, she must protect that baby from predators. Accordingly, neither mother nor baby catch any winks for up to a month. This contradicts the behavior of every other type of mammal, who usually sleep the most right after birth, and gradually accumulate less over time.

Hibernate the Night Away

Perhaps the most famous hibernators, bears spend their winters in a deep slumber that lowers their body temperatures and slows their metabolisms. Plenty of other animals, including snakes (technically called brumation in their case), squirrels and hedgehogs do the same. Hibernation is an example of heterothermy, in which mammals or birds that usually have stable body temperatures change them under specific conditions.

But in another kind of heterothermy, animals perform hibernation-like activity at night or even during the day. Hummingbirds use this as a coping strategy to handle their high-velocity lifestyles, especially under cold conditions. These birds spend the night in a state called torpor, so deep a rest that it is often mistaken for death. Some hummingbirds appear able to tune their torpor based on local conditions.

In this process, their metabolism slows and their body temperature drops as low as 3.26 degrees Celsius, the lowest figure ever recorded for any bird or non-hibernating mammal. This buys them enough time to sleep through the night, shiver themselves awake in the morning and return to a feeding frenzy.

The platypus is legendary for its strange appearance. In fact, it’s so odd-looking that reports from British colonists of the supposed beaver-duck hybrid were dismissed as a hoax. The platypus actually belongs to an ancient lineage of egg-laying mammals called monotremes. It has a poisonous spur on its ankle and uses electroreception to hunt. This seemingly mythical creature’s sleeping habits are also highly unusual. They usually sleep for anywhere from six to eight hours a night. Of those, somewhere between 5.8 and eight hours are REM sleep. In mammals, REM is a critical sleep phase but it generally lasts less than half the duration of a total snooze.

Overall, the platypus gets more REM sleep than any other animal. Their unique spot on the evolutionary tree as one of the only two living representatives of the monotreme order (besides echidnas) could even offer insights into the lifestyles of our long-extinct ancestors.

That's because in some ways, monotremes resemble the pre-mammalian reptiles more closely than their fellow mammals (laying eggs, lacking nipples, etc). Research on how echidnas sleep has suggested they undergo a similar process, where the distinction between REM and non-REM sleep is at least blurred, if not non-existent. This suggests that earlier mammals may have gotten a lot more REM sleep than modern ones do — and that REM can even be traced back to the pre-mammalian reptiles.