The Story Of Southeast Asia Through Ancient DNA 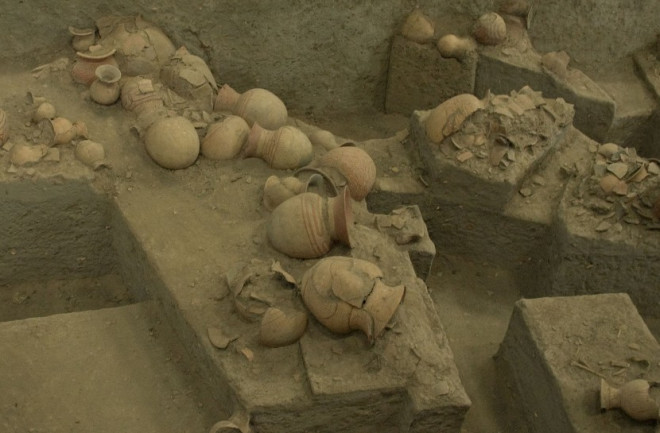 Ancient DNA from archaeological sites in Southeast Asia, such as Thailand's World Heritage site Ban Chiang, has refined our understanding of how farmers and hunter-gatherers mixed and mingled millennia ago. (Credit Wikimedia Commons)

Southeast Asia is home to scores of different languages and cultures, but the story of how such diversity blossomed in the region has always been unclear. A new study out today turns to ancient DNA — a rare find in hot and humid environments — to track waves of human migration over the past 4,000 years.

Ancient DNA (aDNA) is a rare thing. It requires a narrow range of conditions — essentially, cold and dry — to be preserved more than a few centuries. To have found enough genetic material from archaeological sites in hot and humid Southeast Asia is itself an achievement, and speaks to the ever-improving methods used to retrieve and sequence the precious material.

The team behind the new research sampled 146 individuals from five different sites in the region: Man Bac and Nui Nap in Vietnam, Oakaie 1 in Myanmar, Ban Chiang — a World Heritage site in Thailand — and Cambodia’s Vat Komnou. The samples came from the petrous, a part of the temporal bone that includes the inner ear, and which has proved to be one of the best bets for aDNA preservation.

Still, from all that material, the team managed to sequence aDNA from just 18 individuals due to the poor state of preservation — the low number is a reminder that finding any aDNA preserved in such a hot and humid environment is a big deal. The age range for the successful sequences is also impressive: 1,700-4,100 years old.

The researchers compared the newly-sequenced aDNA with previously reported genomes from both Neolithic and modern populations. They found that the genetic signatures present in Southeast Asia shifted over time in a pattern that parallels the linguistic and archaeological records as local populations transitioned from being hunter-gatherers to farmers.

The aDNA identified a wave of farmers moving in from Southern China and mixing with established hunter-gatherers in the area in the Neolithic, more than 4,000 years ago. Additional waves were identified in the Bronze Age, which began in the region about 3,000 years ago. The findings match transitions in tool-making and pottery styles found at archaeological sites.

What’s more, the researchers were able to determine that clusters of genetic signatures from those previous migration events retained by modern populations tend to match up with linguistic clusters, suggesting the groups moving into the area millennia ago brought language, along with tools and farming, that replaced what the hunter-gatherer cultures spoke.

The team also identified what they say is the initial influx of humans into the area: Hunter-gatherers apparently arrived in the region east of India and south of China about 45,000 years ago.

Today’s research appears in Science. The findings come hot on the heels of a landmark trio of studies last week that used ancient DNA to chart waves of human migration across the Eurasian steppes.