The assassin bug has an impressive array of techniques for hunting spiders that can just as easily eat assassin bugs. 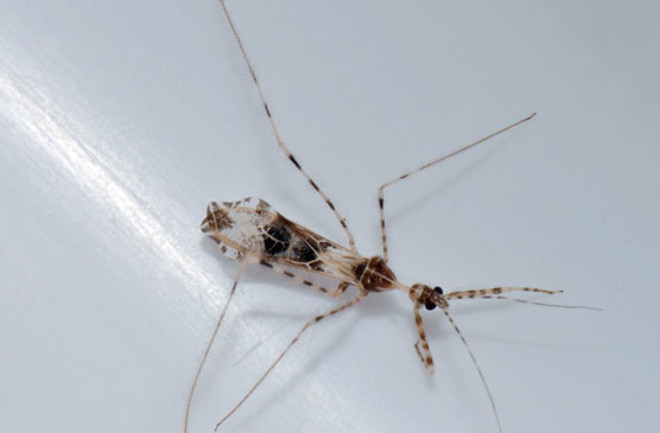 A good predator must be as cunning as it is strong, especially when its prey can turn the tables and kill it. The assassin bug has learned this well, becoming a master of deception in its hunt for spiders. Last year biologist Anne Wignall from Australia’s Macquarie University discovered that the bug lures food by strumming webs with its legs, mimicking the vibrations of a trapped fly. Now she has found that the insects exploit the weather by stalking spiders in the wind.

Spiders have poor eyesight and so recognize intruders by sensing vibrations on their webs. But even a gentle breeze neutralizes that ability, a weakness that assassin bugs are wired to exploit. When Wignall turned on desk fans aimed at webs, she saw that the assassins took more steps toward their prey. They also masked their steps by flexing their legs and bouncing, mimicking the sensation of wind-swept debris striking the web. These tactics helped the assassins fatally stab their dagger-like snouts into four times as many spiders as when the fans were off.

Preparation does not always ensure success, however. “Occasionally the spider will come in, throw silk on the bug, and then bite it,” Wignall says. “Most of the time the assassin bug won’t struggle too much. It happens quite quickly.”