When you can't abide to fly coach and can't afford to fly first class, try flying in the guts of a bird. 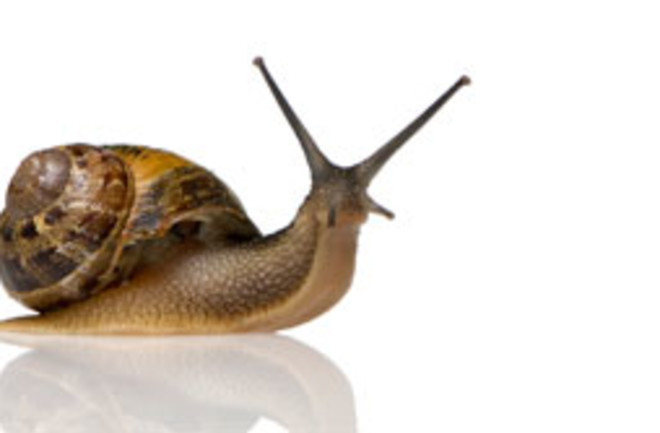 if you have ever complained about flying on a budget airline, spare a thought for the Japanese snail Tornatellides boeningi. The only way for this laggard gastropod to rack up its air miles is to be eaten by a bird and excreted out the other end. And even though the stowaways are slathered in digestive fluids and feces, many of them survive, enabling them to colonize a much larger area than their slow-lane pace would seem to allow. “This could help explain why the snails are so widespread,” says biologist Shinichiro Wada of Tohoku University, who found that snails at one end of Hahajima Island are as genetically similar to those from the opposite corner as to their neighbors.

Some snail species can survive trips through fish guts, but this is the first one known to pass through birds. Wada discovered the snails’ odd means of travel after finding undamaged shells in bird droppings. When he fed 174 live snails to Japanese white-eyes and brown-eared bulbuls, around 15 percent of them lived. “One snail even gave birth just after passing through the gut,” Wada says.

The snails probably survive because of their small size (less than a tenth of an inch long, on average)and compact shells. Wada suspects that they shield themselves with mucus or seal the gap between their body and shell to prevent digestive fluids from seeping inside.