The Real Science Behind Storybook Dragons

Though dragons are the stuff of legend, the natural world actually offers plenty of precedent for flying, fire-breathing animals. 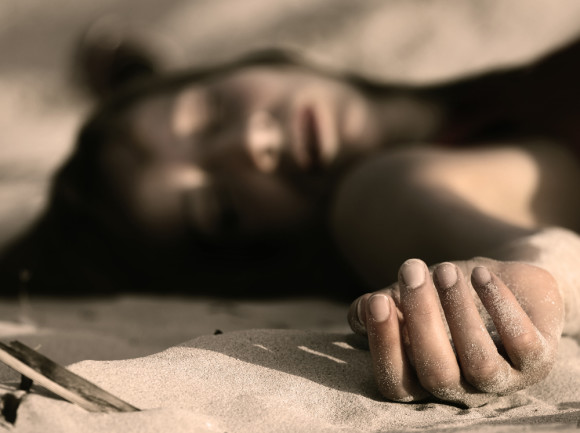 In addition to its properties as a flammable solvent, ether is also a potent anesthetic. Just a whiff of ether is enough to make one feel drowsy, and a little more can knock you out.

Ether (as well as hypnotism) might explain why people, when in the presence of dragons, are either stunned into a helpless torpor or lose their minds. 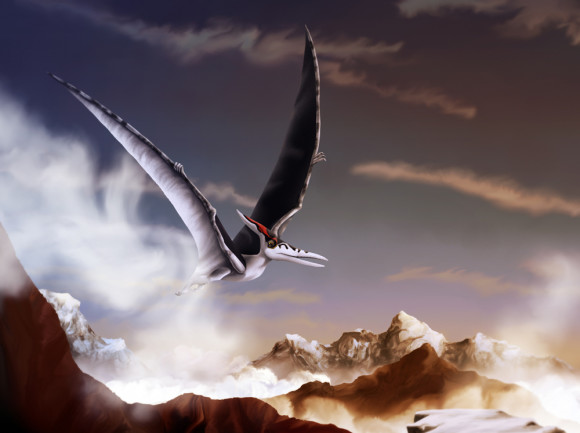 The problem of flight is not so much one of staying aloft — it is getting up there to begin with. The crucial parameter is something called ‘wing loading,’ which describes the mass of the creature as a function of its wing area.

A large creature can take off, provided it has a big enough area of wing to support its weight and that it can reach a certain minimum take-off speed. This take-off speed depends on the wing loading.

The smallest pterosaurs, distant reptilian relatives of both birds and dinosaurs, were no bigger than sparrows. The largest, however, had wingspans on the order of 32-36 feet — as much as a small plane. However, the skeletons of pterosaurs were constructed with extraordinary lightness.

Birds are light for their size because many of their bones are hollow, and some are fused into rigid, airframe-like structures. Pterosaurs took this tendency to the extreme, and the result was enormous wings and very low wing loading. 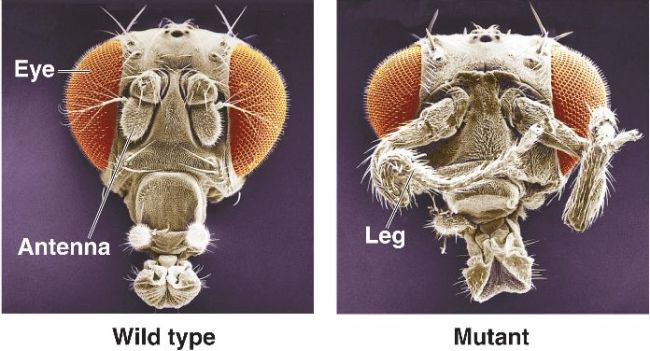 A particular problem with winged dragons is that they have too many limbs for a regular reptile — that is, wings in addition to four fully developed legs. All other land vertebrates never have more than four limbs, arranged in two pairs, fore and hind, and the wings of flying vertebrates are invariably modifications of the forelimbs.

The simplest solution is to suggest that an extra pair of wings is the product of some kind of mutation. English geneticist William Bateson (1861-1926) realized that there was a special category of monster in which organs such as legs or wings developed perfectly normally but were abnormally duplicated, or in the wrong place, and he coined the word ‘homeosis’ to refer to this phenomenon.

More than 80 years passed before the genetic basis of homeosis was understood. Working at the California Institute of Technology in Pasadena, Edward Lewis found that homeotic transformations were linked to a distinctive cluster of genes — at least in the fruit fly Drosophilia melanogaster, the experimental animal of choice in genetic laboratories for more than a century.

Disruptions to one or other of this gene cluster leads to distinctive mutations in which legs develop in place of antennae, for instance, as pictured here. 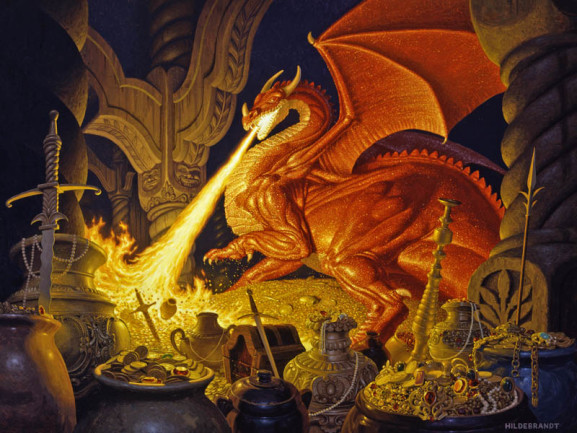 Dragons are the stuff of legend, of course, but the natural world offers plenty of scientific basis for some of the creatures’ most fantastical features.

Paleontologist Henry Gee, who’s also a fan of fantasy writing pioneer JRR Tolkien, included an entire chapter on dragons in his book The Science of Middle-Earth. Using Tolkien’s villainous character Smaug as a dragon archetype, Gee found numerous real-world examples, and nature-based theoretical possibilities, that could explain everything from fire-breathing to flight.

And for those who feel talk of dragons has no place in the field of science, Gee has this elegant rebuttal: “Science is not about the known, for that is boring… All science that is enjoyable and worthwhile, rather than routine or directed in pursuit of some unconnected goal, starts when a person of vision looks outwards beyond the wall of what is known and asks the question ‘What if?’”

All text in the following slides is excerpted fromThe Science of Middle-Earth. 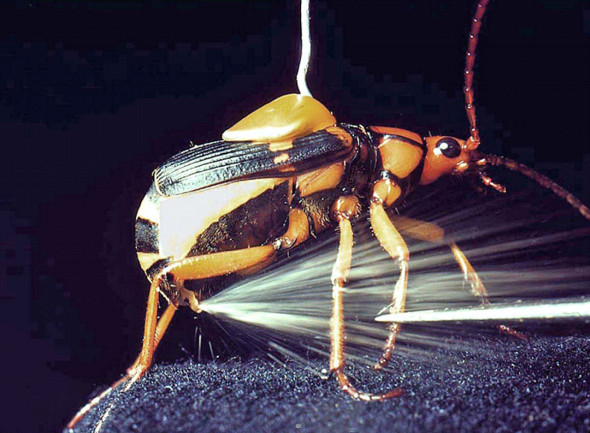 Photo Credits: Copyright (1999) by Thomas Eisner and the National Academy of Sciences, U.S.A.

Fire-raising is less of a problem than one might imagine. All that is required is that the dragon can synthesize a liquid that can be stored in a gland, but which ignites easily when squirted out into the air. The range of possible liquids is great, and reptiles (and many other animals) are known to engender all kinds of unpleasant substances when excited or threatened.

The bombardier beetle (Stenaptinus insignis), for example, synthesizes a mixture of hydrogen peroxide and hydroquinone which, when the beetle is threatened, it releases into a ‘combustion chamber’ where enzymes provoke the two substances to react with each other, producing the toxic substance benzoquinone and a great deal of heat. The boiling hot liquid is then squirted with fair accuracy at the unfortunate assailant. 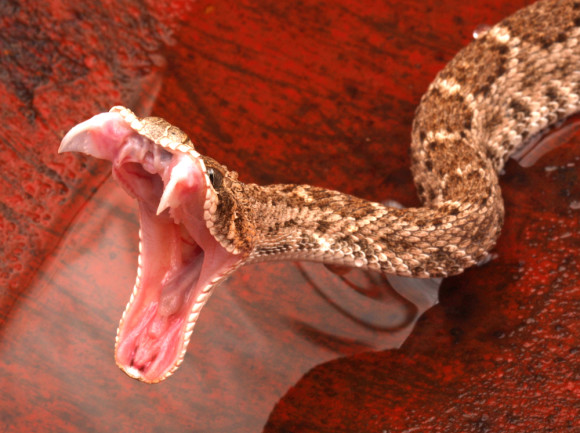 One might easily imagine the biological synthesis of a compound that ignites spontaneously when ejected forcefully into the air. One candidate might be the organic solvent diethyl ether. This is a colorless but sweet-smelling liquid that produces a copious, highly flammable vapor.

Once in contact with air, diethyl ether does not need to get into a flame to start burning fiercely: All it needs is a warm stovepipe, or even the static electricity generated by moving the liquid from one vessel into another. A dragon could keep reservoirs of liquid ether tightly bound in airtight sacs, like venom glands in snakes, evolved from salivary glands.

Forcible, muscular movement of the liquid through the blood-hot mouth cavity and across the teeth would be sufficient for ignition and the production of an impressive yellow-orange flame. Because diethyl ether produces so much vapor, a little of it can go a long way.