The Queen & the Raven: the UK's Special Relationship With a Very Smart Animal

Ravens helped Britain survive the Nazi threat, and they've become the subject of a modern-day fairy tale. What do these intelligent birds think about during while locked in their gilded cage, the Tower of London? 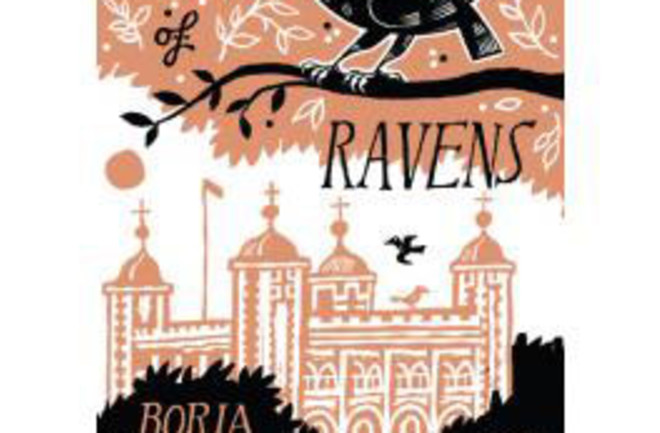 Legends and fairy tales are set in a world where relations between animals and human beings are egalitarian and reciprocal. This places human dominance in question, and many societies try constantly to distance themselves from that message. Already, in ancient Greece and Rome, the fables attributed to the half-legendary Aesop were set in an indefinite period of the past "when animals talked like human beings."

In Early Modern Europe, the animal guides, helpers, and guardian spirits that fill legends and fairy tales were demonized as familiars of witches. Particularly in English witch trials, talking to animals or otherwise showing intimacy with them could be accepted as evidence of sorcery. In the early eighteenth and the nineteenth centuries, the Brothers Grimm started a revival of these tales, but they still felt a need to remove them as far as possible from the context of daily life. When they published their first volume of fairy tales in 1812, they viewed the stories as remnants of old mythologies. In the second volume—and, increasingly, in subsequent editions—they set the stories instead in the enchanted world of childhood.

But legends can arise in the contemporary era, as much as they could in ancient times, and among intellectuals as well as unlettered peasants. One case in point is the legend that Britain will fall if the ravens leave the Tower of London. Like many folktales, the origins of this prophesy are often placed in the indefinite past, the "Once upon a time…" of fairy tales. But, as I show in my book City of Ravens (soon to be released by Duckworth-Overlook), ravens were only brought to the Tower of London in 1883, when they were used as props for tales of Gothic horror told to tourists by Beefeaters (ceremonial guards at the Tower).

The legend dates from July 1944, when ravens were being used as unofficial spotters for Nazi bombs and planes, and they really were important to Londoners' survival. As I anticipated, my discovery of the ravens' recent origin have had little impact on the countless news stories, books, and guides that simply repeat the familiar tale (something that does not bother me in the least). Legend and history move on different planes.

The legend now lends the Tower of London itself a fairy-tale sort of ambiance. At least six ravens, most of which are injured birds that might not be able to survive in the wild, are kept on the grounds of the Tower of London at all times. Their wings are trimmed, so they cannot fly very far, but, otherwise, they move freely on the grounds. Over many decades, routines have evolved that enable the ravens to interact with the Beefeaters who care for them, with tourists, and with one another in ways that are complex and reciprocal.Relations between animals and human beings are the subject of an emerging academic area known as "anthrozoology," and the grounds of the Tower of London seem to invite such research. It is a place where relationships between people and certain animals developed organically over more than a century, without the artificiality of a laboratory setting.

Ravens and other corvids have long been considered among the most intelligent of animals, rivaling and sometimes surpassing the great apes in areas such as tool use and language. Recent research by John Marzluff and others has shown that corvids can not only recognize individual human faces but also remember them for years. When corvids regard a particular person as a threat, they can even pass that understanding on to their young. The ravens at the Tower of London are constantly observing people, and doubtless forming individual relationships with some of them.

Whenever you see ravens at the Tower of London, you are likely to spot a half-eaten cream cheese sandwich nearby. My suspicion, which could be tested by research, is that the ravens have adapted their techniques of hunting and foraging collectively in the wild to the environment of the Tower. One raven distracts a tourist, while another grabs his food.

Some people think that ravens at the Tower pose for the camera. Surely, that is not quite true, but they are probably intrigued by those shiny little colored boxes that people keep holding up to their faces. Ravens have very good eyesight, and may well see their own reflections in the lenses.

One Tower raven in the early twenty-first century with a rare linguistic gift was Thor, who would startle tourists by perching just above their heads and saying, "Good morning." According to former Ravenmaster Derrick Coyle, Thor could also understand the grammatical distinction between "I" and "me." To what extent can ravens learn human language and ways of thinking simply by being around people? It should be possible to find out.

Recent research by Thomas Bungyar and Simone Pika showed that ravens, much like human beings, communicate by pointing, using their wings and beaks. One relatively simple study, therefore, would be to observe the ravens at the Tower of London systematically, noting at what, and how often, they point. Is it at other ravens? Tourists? Beefeaters? Food?

On May 17, 2012, two baby ravens were born at the Tower of London, the first in nearly two decades. One of them has been named Jubilee, to be ceremonially presented to the Queen by the Ravenmaster as part of the festivities to mark Elizabeth II’s Diamond Jubilee. Rituals are as difficult to interpret as dreams are, but I think this one tells us something about our longing for harmony with the natural world. It is also one more reason to better understand the relations between ravens and human beings at the Tower of London.

Boria Sax is the author of City of Ravens: The Extraordinary History of London, the Tower and its Famous Ravens, available next month from The Overlook Press. He holds a PhD in Intellectual History and German and has received numerous awards for his articles on the relationship between humans and the natural world, including the 2010 Eisenstein-DeLacy Award. His previous books have been translated into eight languages.