The Power of Office Rituals 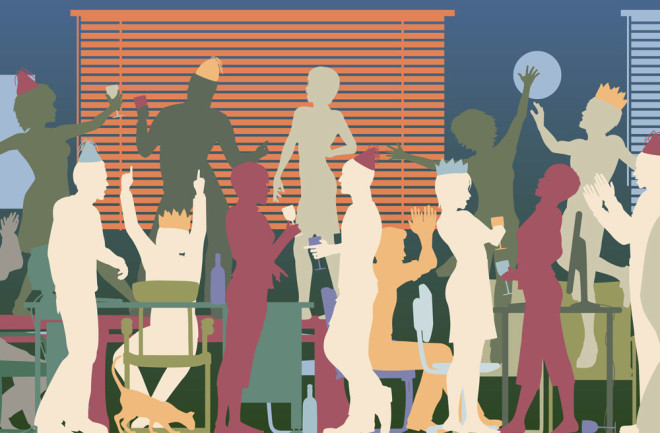 (Credit: Shutterstock) Anthropologists have long studied how rituals bind practitioners together. From African tribes moving rhythmically around a fire to the scripted kneeling and standing by Catholics during Sunday mass, participants deepen group identity through ritual. But ritual also spills over into business and social situations. “The great thing about ritual is that anywhere humans are, a ritual will be there,” says Nicholas Hobson, a psychology and neuroscience researcher at the University of Toronto. A new study in the journal Psychological Science has found that even when ritual is stripped of its cultural and social context, its power to bind groups remains. But there is also a dark side to ritual. Participants are prone to develop a bias against groups doing other practices. “The data give preliminary support that rituals bind and blind,” says Hobson, lead author of the paper. For the study, dozens of volunteers estimated the number of dots in various images. Volunteers were then broken into a red group and a blue group. They were told the split was based on their performance in estimating the number of dots, but the split was actually arbitrary. One group practiced “action sequences” of body motion for 2 minutes each day for a week. This group was told that the motions were part of an ancient practice related to cognitive processes. The other group did no ritual. Participants then played a trust game. One player was given $10 and the choice of giving a portion of it to another player. The amount of money a player gave would triple for the recipient. Will the recipient reciprocate and give money back to keep the money flowing? Ideally, the player gives the $10 to the other player, who splits the $30. Both receive $15. Volunteers who were in the ritual group trusted one another more than they trusted those in the non-ritual group, the study found. More often the ritualists gave $10 to other ritualists and withheld some or all from people not practicing rituals. Their perception of the “action sequences” even changed throughout the week. “At week’s end, participants rated the actions as meaningful,” Hobson said. Hobson pointed out that the business world has its own rituals that also appear to build trust among people. Call it office culture, ways of behaving. “They tend to be dialed down a bit compared to the religious practices and ancient cultural traditions,” Hobson said. “But it’s easily argued that they serve the same critical functions: To regulate social states, build strong teams, mobilize effective performance, alleviate anxiety.” This might include how meetings are conducted, how lunchtime is spent and if there are morning coffee runs. For example, an office might have a habit of congregating for small talk while having coffee, or playing Ping-Pong during lunchtime. “I would even hypothesize that there’s a correlation between high-functioning, tight-knit work teams and ritual engagement,” Hobson says. “It’s church for the workplace.” Which also comes with a downside. What if other departments don’t share your group’s rituals? An in-group/out-group mentality can form, no matter how subtle. “Already existing tensions between teams could be further exacerbated by the presence of team-specific rituals,” Hobson said. “If we can find that even a novel ritual is capable of leading to intergroup bias,” he continued, “imagine what happens in real life rituals that are embedded in huge cultural and religious systems of meaning and sacredness.”