The Origin of the Future: Death by Mutation? 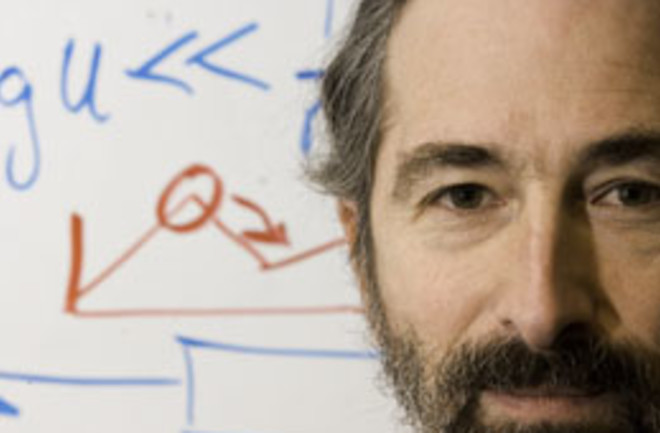 Last month I wrote an essay about the future of evolution for Science. I paid particularly close attention to what will happen to our own species, describing some recent research and ideas from scientists. Natural selection will not stop, nor will the emergence of new, neutral mutations. But this week, the evolutionary biologist Michael Lynch has published a provocative paper (to mark his inauguration into the National Academy of Sciences) in which he makes another kind of forecast. Our future evolution, he warns, is going to lead to a devastating decline in our health. The idea is not new. Hermann Muller, who won the Nobel Prize for his work on mutations, first raised the specter of evolutionary decline in 1950. He pointed out that many mutations that arise in a population are harmful. They can cause various diseases, cutting lives short or making it harder for organisms to reproduce. Left to themselves, these mutations can drive down the reproductive rate of a population. But their harmful effects can be balanced by natural selection. If individuals with harmful mutations have fewer offspring than other individuals, the mutations become less common. Overall, the population can continue to reproduce at a healthy rate. As Lynch points out, Muller's argument depended on the actual rate of mutations and other vital statistics that no one in the 1950s could know with much precision. But in his new paper, Lynch surveys recent studies that make it possible to know the mutation rate quite well. Lynch concludes that every gamete (a sperm or egg) acquires the following: --38 base-substitution mutations (a single "letter" of DNA changes to another one). --3 small insertions or deletions of a stretch of DNA --1 splicing mutation (which changes the combination of segments of a gene that cells use to build proteins) --Plus some assorted other mutations (gene duplications, insertions of DNA copied by transposable elements, and so on). All told, Lynch estimates a total of 50 to 100 mutations. Compared to other species, Lynch points out, we mutate a lot. Any base in our DNA is twice as likely to mutate as a base in a fruit fly's DNA, for example. Part of our special burden is our long life. As sperm divide rapidly during a man's life, they pick up lots of new mutations. We are also left prone to cancer, as our skin, intestines, and other tissues continue to divide and sometimes pick up new mutations. A lot of the new mutations in every new baby are harmless. But each baby may acquire a few harmful ones. These mutations rarely cause a swift death. Instead, in their totality, they slice off a tiny fraction of the total offspring an entire population can produce. Lynch estimates that mutations to protein-coding DNA cause the fitness of a population to decline by 1%. That's assuming natural selection does not favor other mutations over these harmful ones. Lynch acknowledges that natural selection is still in effect in humans, particularly in places where people never see doctors, let alone get clean drinking water. But as the world's standard of living goes up, he argues, more and more people are being shielded from natural selection's most intense effects--and harmful mutations are piling up. In a matter of a few centuries, Lynch predicts, industrialized societies may experience a huge increase in harmful genes--"with significant incapacitation at the morphological, physiological, and neurobiological levels," he writes. Battling this decline won't be easy, says Lynch. Rather than a few big mutations causing the trouble, the decline will be brought about by a vast number of mutations, each with a very small effect. The fantasies of selective breeding dreamed of by eugenicists aren't just loathesome--they're also useless. Instead, Lynch argues for something that would make the eugenicists crazy. "Ironically, the genetic future of mankind may reside predominantly in the gene pools of the least industrialized segments of society," he writes. Image: IU