Discover Magazine's September print edition features an article on "20 Things You Didn’t Know About Cats." Felines seem to lead elusive, mysterious lives. Fortunately, the citizen science project Cat Tracker allows you to track your cat beyond what we can directly observe.

Cats are moody. In the blink of an eye, a cat can change from aloof to affectionate, playful to predatory, carefree to curious. The myth about nine lives is oddly suitable, but not as nine sequential lives. Instead, it is as though cats have nine personalities which results in living nine lives all at once. Now their multifaceted personalities make us laugh with LOL Cats. 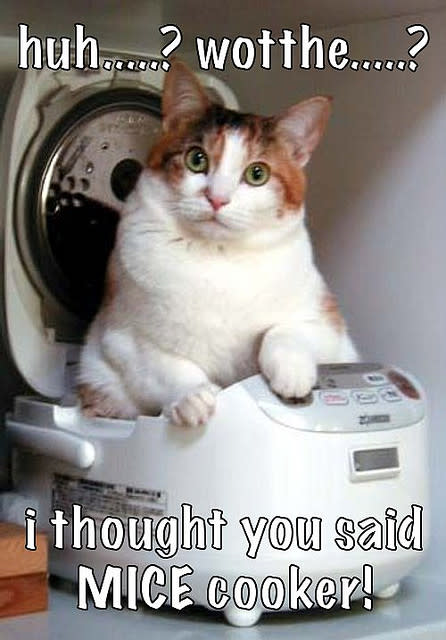 Image credit: anamalous4 But the joke is on us. Pet cats remain a mystery living right under our noses. We share our homes with them. We adopt them into our families. And if we let them outside, then there is a significant part of their lives for which we are clueless. Curled up on our laps rests Dr. Jekyll, but out the door goes a stalking Mr. Hyde. A new collaboration between cat owners and scientists seeks to find out where cats go and what they may eat along the way. The scientists of

are a team of professors and students at the NC Museum of Natural Sciences, in NCSU Biological Science (Your Wild Life), and at the NCSU Veterinary School. The cat owners so far are mostly in North Carolina, though recruits are now signing up from many other states, and soon in Australia and New Zealand. Cat owners outfit their pet with a tiny satellite tracking device on a special collar. Undergraduate Troi Perkins programs the GPS units, fits them into cases that she makes on a 3-D printer, and then visits owners and helps “harness the little fuzz balls.” People outside of the Raleigh area participate in a Do-It-Yourself (DIY) style in four easy steps. Together, a GPS unit and harness costs about $50. Each cat wears the gear for about a week. Then, while their pets feign innocence upon return from numerous excursions that week, the owners remove the collar, attach the GPS unit to their computer, and download the secrets movements of the silent footed. The cat owners submit the tracking information to a public data repository on animal movements, called Movebank. Until now, Movebank was only used by professional researchers. With members of the public engaging in animal tracking, the amount of information will quickly rise. 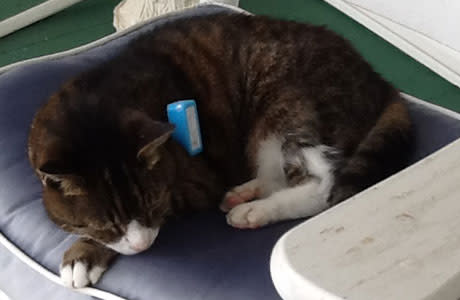 Image credit: YourWildLife.org Some participants opt to go one step further in their desire to understand their cat companion. They divert the contents of the litter box from the garbage to specimen cups picked up by the NCSU researchers. These fecal samples will be examined for microbes and DNA from the potential remains of wildlife. To date, Cat Trackers has gathered data on the movement of over 40 cats. Their goal is to track 1,000 cats. Troi says she most commonly hears Cat Tracker participants say, "Oh my... my cat has traveled over the highway?!" She explains that people are usually surprised by their cat’s outdoor explorations and curious to know whether their cat is a loner or hanging out with their neighbor’s cats. She says, owners “just want to see if their cats are crossing busy roads, visiting other people’s houses, or going into remote wooded areas.” Researchers wonder similar things, particularly about visits to wooded areas. Cats are not necessarily as benign as their purring might make us believe. Cats transmit diseases to humans. Cats eat birds and other wildlife. A study by Smithsonian and US Fish & Wildlife Service researchers gave estimates that cats kill at a minimum of one million birds and seven million small mammals every year. Roland Kays, Director of the Biodiversity Lab at the NC Museum of Natural Science explained that tracking at least a thousand cats will reveal secrets “not only about the typical cat movements, but also about the extraordinary ones. Given that cats are so common in the country, if even 5% of them are moving out into the nature preserves it could be quite harmful to native wildlife.” Rob Dunn of NCSU’s Your Wild Life explained that “the big result so far is that there are a lot of cats that walk short distances most days and then every so often, for whatever reason, bolt for it often up to a mile before coming right back And then a few cats just seem lost.” On the Cat Tracker website, the cat movements look like starburst pattern in every direction around their home. 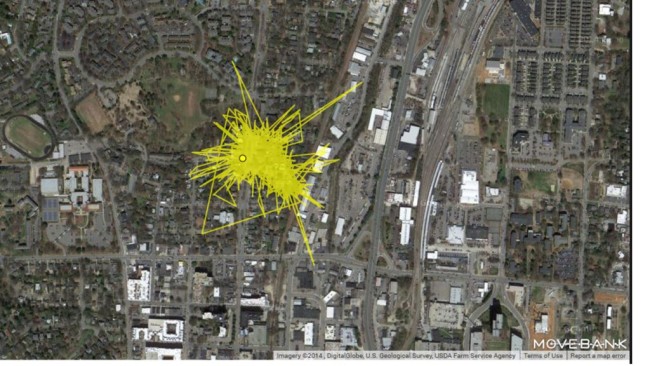 Image credit: YourWildLife.org As residential areas expand adjacent to natural areas, and become increasingly important for biodiversity conservation and for human wellbeing, conflicts between bird-lovers and cat-lovers escalate. Perhaps more information can help find common ground. It was over 9,000 years ago when our ancestors started taming nature. First we learned how to turn wild plants into crops. We stored the harvest, but this brought mice. So then, in the Near East, people domesticated cats to function as mousers. We turned wild cats into pets. We’ve bred them to be fluffy and leisurely, yet fierce and playful. Siamese, Tabby, Calico. Their appearances are as different as their personalities. Lions congregate together in prides. House cats simply have pride. An over-abundance of it. All of our pet cats retain their heritage, balancing a dual identity of being a little wild, a little tame. Cat Tracker provides an in-depth peek into the behaviors of cats, whether predatory, social, or antisocial. Dunn told me that one household with nine cats just signed up. As more owners with multiple cats participate, perhaps we’ll gain insight into the idiom about herding cats and finally come to grips with the futile attempts to control this chaotic group.

To find out about 800+ citizen science opportunities, land on your feet at the SciStarter portal.