The long term effect of consanguinity 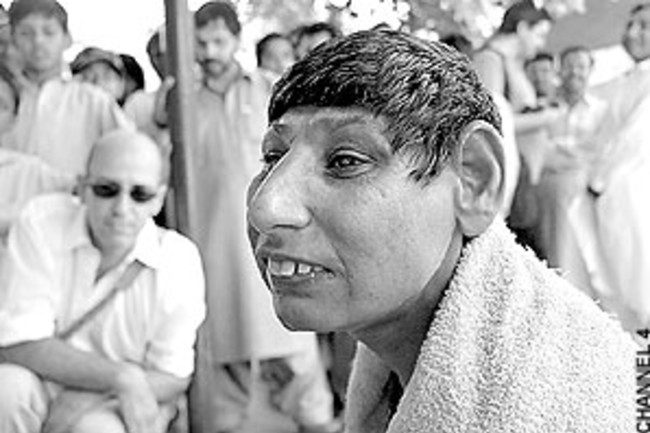 I have talked about the problems that may occur because of long term societal inbreeding in the past. In short, in a society that is predominantly outbred isolated cases of cousin marriage are not particularly deleterious, but in many cultures systemic inbreeding results in tunneling and narrowing of lineages into discrete effective population pools where stochastic effects start to loom large. In plain English, the number of unique ancestors in inbred clans starts drop in relation to what one would predict in a panmictic context. Deleterious recessives masked in the ancestors are then expressed much more frequently as the copies of duplicate defective alleles reunite and manifest their peculiarities. The coefficient of relationship between first cousins is only 1/8, but, that does not include the added proportion contributed by these more distant common ancestors. In any case, Armand Leroi surveys the inordinately high frequency of the disease of microcephaly in Pakistan, and places the blame on inbreeding. Unfortunately, Pakistanis in the North of England are also plagued by this disease. Leroi has a documentary coming out on this topic, so watch for it in England.