Remains reveal details about how she lived but raise larger questions about the First Americans. 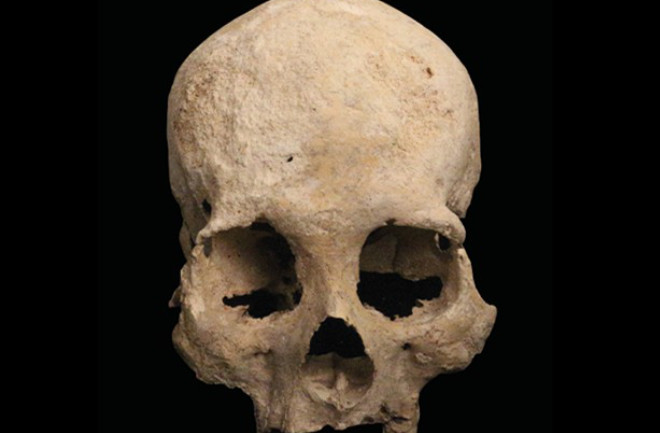 The skull of the individual known as Chan Hol 3. (Credit: Stinnesbeck et al. 2020)

She lived about 10,000 years ago, in what's now the Mexican state of Quintana Roo, on the Yucatan Peninsula. Back then, the sea level was considerably lower, and the region's complex cave systems were largely high and dry. As the waters rose, most of the caves were flooded.

It's there, in a lightless, watery resting place, that she has waited to tell her story. Her bones preserve evidence of disease and trauma, as well as a diet rich in sugar. Known to science as Chan Hol 3, the woman reveals new details about life for some of the region's earliest residents — and raises new questions about who those people were.

Today, Quintana Roo is dotted with thousands of cenotes, or sinkholes, many of which open into larger cave systems. Divers exploring these flooded caves have found nearly a dozen skeletons, from fragmentary to mostly complete, that are at least 8,500 years old. Together they represent about half of all ancient human remains found in North America.

Rather than clarify the story of the First Americans, however, the Quintana Roo individuals complicate it.

A recent study of four of the skulls found in the cave systems showed that the individuals had unusually wide variation in facial and braincase structure — and that they differed significantly from early South Americans and modern Native Americans. The findings suggest that, for reasons unknown, the First Americans had much greater biological diversity than expected, but lost it over the thousands of years since their arrival from northeast Asia.

In Quintana Roo's Chan Hol system, divers had previously found two other skeletons, including one stolen in 2012 before researchers could collect and examine the remains. Based on a bone fragment left behind, that skeleton, Chan Hol 2, may have been more than 13,000 years old, making it one of the oldest such finds in the Americas.

Chan Hol 3 is considerably younger at about 9,900 years old, but the remains are no less significant to science.

Only about 30 percent of the skeleton has been recovered, but several of the bones, including most of the skull, give us an idea of how Chan Hol 3 lived.

Based on analysis of the remains, researchers believe Chan Hol 3 was a woman who died around the age of 30. In life, she stood about 1.64 meters tall — around 5'5" for you Imperial system holdouts.

Long before death, Chan Hol 3 had lost several of her teeth, and an abscess that runs deep into her jawbone would have kept her in considerable pain. Several of her remaining teeth had cavities or plaque present.

Cavities, abscesses and tooth loss are common among the Quintana Roo skeletons, particularly those determined to be female. Researchers believe these dental woes likely resulted from a sugar-rich diet high in fruits and wild, starchy tubers. The individuals may also have harvested honey from the Yucatan's unique stingless bees.

Portions of Chan Hol 3's skull are pitted, but researchers ruled out damage to the bone's surface post-mortem. The scarring occurred while she was alive, and may indicate she was living with a treponemal disease. The most famous member of this family of bacterial diseases is syphilis, which typically leaves its mark elsewhere on the body.

There's no evidence Chan Hol 3 had syphilis, but researchers believe she may have been afflicted with its relative, Treponema peritonitis. If so, Chan Hol 3's remains would be the oldest skeleton in the Americas — by nearly 8,000 years — with evidence of a treponemal disease. The origins of these bacterial diseases are uncertain, and controversy remains about where and when humans first contracted them. Additional analysis of the unusual appearance of Chan Hol 3's skull could settle that debate.

Chan Hol 3 also endured three separate traumas to the head. On the back of the skull, researchers documented bone regrowth following two nonlethal strikes, apparently with a sharp instrument. A blunt instrument caused a third strike, to the left side of her head. The blow induced considerable swelling, but subsequent healing of the bone shows she survived that injury, too.

Chan Hol 3's cause of death is a mystery. Researchers believe that some of the other Quintana Roo individuals fell to their deaths in the caves, but it's not clear how Chan Hol 3 arrived at her final resting place.

Much of the skeleton is missing; water inundating the cave appears to have moved some of the preserved bones, notably the skull, from their original position. However, the researchers note that most of the remains were found on a limestone slab. It appears that Chan Hol 3's body may have been intentionally placed on the slab, on her back, when the cave was still dry.

It's possible that additional bones from Chan Hol 3 are still in the cave. They may have been washed deeper into the system by flood waters or buried beneath a calcite crust that builds up in cave environments.

Chan Hol 3 may well have more to say about how she lived, and why she died.

The research appears in PLOS ONE.