The Future: Where Sexual Orientations Get Kind of Confusing 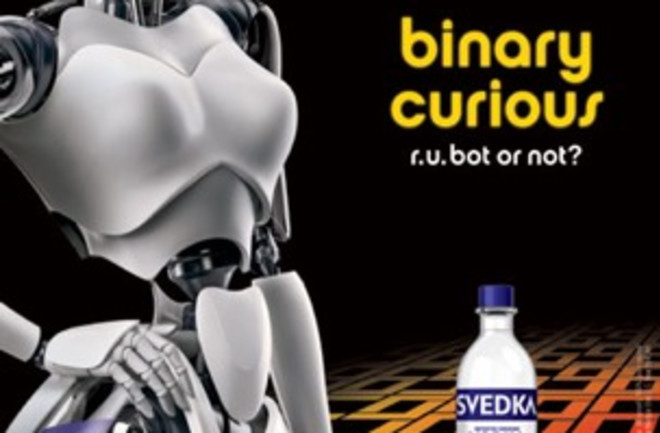 Sex, a biological function of reproduction, should be simple. We need to perpetuate the species, we have sex, babies are born, we raise them , they have sex, repeat. Simple, however, is one thing sex most certainly is not. And it's only getting more complex by the day. For those who are fans of human exceptionalism, it might be worth considering that the trait which differentiates us from all other animals is that we over-complicate everything. Sex, and its various accoutrements of sexual orientation, gender identity, gender expression, libido, and even how many partners one may have, contains a multitude. Recently some psychologists have said that pedophilia is a sexual orientation, the erotic predilection that drives people like former Penn State football coach Jerry Sandusky to do what he allegedly did. This idea came to twitter and incited a minor firestorm over whether "sexual orientation" should really be applied to pedophilia. Nature editor Noah Gray used the term in a neutral sense, as in, "an attraction to a specific category of individuals"; io9's Charlie Jane Anders and Boing Boing blogger Xeni Jardin pointed out the queer community's long campaign to define sexual orientation only as an ethically acceptable preference for any category of consenting adults. Given that willful troglodytes like Rick Santorum regularly conflate homosexuality with pedophilia and zoophilia, you can see where the frustration around loose use of the term might arise. Santorum aside, how should we classify pedophilia if not a "sexual orientation?" Why should that term include should one unchosen, inborn form of sexual attraction, but exclude another unchosen, inborn form of sexual attraction? While we may have ready answers for these questions now, technological and social changes on the horizon will once again challenge our definitions and beliefs about sex. We can imagine a time when we have artificial intelligence (to at least some degree), or super-intelligent animals, or maybe we'll even become a spacefaring species and encounter other alien intelligences. Without a doubt, people will start discovering that they are primarily attracted to something that isn't the good ol' Homo sapiens. Sex and sexuality will increase in complexity by powers of ten. If some person is attracted to a sexy cyborg, or a genetically enhanced dolphin, how will we know if it is ethical to act upon those desires? The key question here is: why is pedophilia or zoophilia not ethically equatable with homosexuality? The straightforward answer is that neither a minor nor an animal can consent. It isn't that a child can't produce the word, "yes," or an animal can't, um, enjoy the act of sex, but that those facts don't make the encounter ethical. An inability to consent is not about being able to verbalize the word yes or no, but to understand and rationally decide whether or not to allow sex to happen. Neither an animal nor a minor can do that, whereas an adult person can. In short, pedophilia and zoophilia are sexual orientations, but they can never be acted upon without harming someone. Therefore, we should re-categorize these sexual orientations that should never be acted upon as "sexual orientation disorders," and they should be treated as such. If pedophiliac or zoophiliac urges are indeed as biological and unchosen as hetero- or homosexuality, then we need to rethink our understanding of adults attracted to children as evil people. Do not mistake me, any person who acts on a sexual orientation disorder has, by definition, harmed someone and justice is necessary. But we need to understand that not finding a way to deal with---or, best of all, to cure---sexual orientation disorders condemns people to a lifetime of suffering. This bright-line distinction between actionable and non-actionable sexual orientations will also help as we move forward into the brave new world of xenosexuality, or sexuality beyond our species. It's not unbelievable to imagine responses to someone being sexually attracted to robots. And some cranky person with a large talk-radio audience will talk about how unnatural and bizarre and destructive that sexual orientation is. Instead of having the same fight for rights and acceptance over and over, it would be better to use the idea of informed consent to make a consistent definition to distinguish ethically permissible sexual orientations from harmful sexual orientation disorders. Heterosexuality doesn't quite seem to capture the sexual orientation of a human who is attracted to an artificial intelligence construct. But to say, "I'm a heterosexual xenosexual" tells you that I like non-humans of the opposite gender of me (if the A.I.'s in fact come with genders). Let's say a genetically enhanced dolphin with a cybernetic voice box is capable of communicating "yes" or "no," understands what an adult human is and what sex means (both definition and culturally), and groks the relationship implications of its decision (you live in the sea, I live on land, etc.). That super-intelligent cyborg-dolphin would meet the standards of personhood and the criteria of being able to meaningfully consent and reciprocate an adult human's attraction. That means any consensual sexual relations would be ethical. Therefore, being attracted to uplifted cyborg-dolphins is indeed a sexual orientation. I encourage you to use consent as a litmus-test against the permissibility of sexual orientations with which you are uncomfortable. How does it apply to polyamorous individuals? What about fetishes? How about incest? Unlike gut reactions or religious dogma, ethics demands we explain why something is wrong. Our future relationships depend on our ability to reason our way to what is right. Follow Kyle on his personal blog, Pop Bioethics, and on facebook and twitter.