The First Australians Arrived 65,000 Years Ago 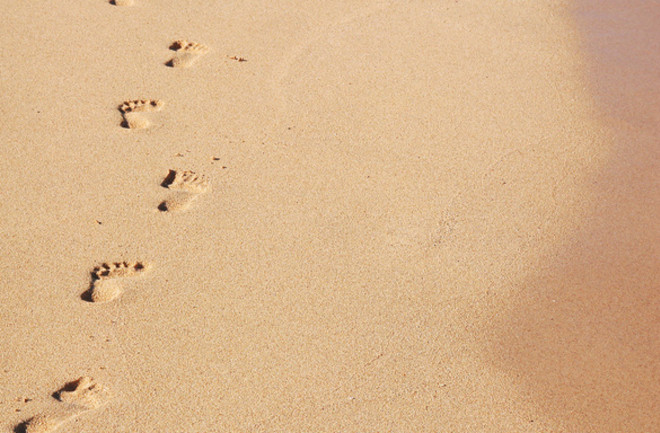 Newly discovered archaeological evidence suggests the first Australians arrived at least 65,000 years ago, which challenges the increasingly shaky conventional timeline for human evolution and migration. New archaeological evidence supports an idea previously suggested by genetic studies: The first humans arrived in Australia at least 65,000 years ago. This earlier arrival date means humans were present Down Under before its widespread megafauna extinction, an event in which human activity has been debated. The discovery is also at odds with the conventional date for our species leaving Africa, and adds fuel to the growing bonfire of what was the evolutionary timeline for Homo sapiens. For decades, the hoary old story of human evolution and migration went something like this: An archaic version of Homo sapiens evolved in Africa around 200,000 years ago, and eventually amassed enough random advantageous mutations to get upgraded to version 2.0 (thanks, natural selection!), aka modern Homo sapiens, by about 100,000 years ago. Then, the timeline gets a bit iffy. Many paleoanthropologists had long argued that our species didn't leave Africa until 60,000 years ago — some put the date even later, around 40,000 years ago. That's what the archaeological evidence told them, and that's what they stuck hard and fast to. Since the 1990s, however, a growing number of studies — increasingly driven by genetic evidence — have painted a very different picture of human evolution and migration. Most recently, in 2016 a landmark genomic study of 400 Papua New Guineans suggested that modern Homo sapiens may have arrived in the region 120,000 years ago. And earlier this month, the sequencing of ancient mitochondrial (maternally-inherited) DNA extracted from a Neanderthal femur hinted that African Homo sapiens were interbreeding with European Neanderthals more than 200,000 years ago. Then there was the announcement earlier this year that Homo sapiens — albeit not quite version 2.0 — were in Morocco 300,000 years ago — the best evidence yet that our species is considerably older than we thought. G'day, Australia! Enter The First Australians Question. As one of the corners of the world furthest-flung from Africa, it makes sense that our species would arrive there fairly late in its relentless march across the planet. Many old-schoolers believed humans first set foot in Australia anywhere from 20,000-40,000 years ago. A number of archaeological sites in the Land Down Under have been pushing the arrival date back — first 45,000 years ago, then 50,000 — but the further back the dates were, the more opposition they faced from the conventional camp. After all, if our ancestors hadn't left Africa before, say, 50,000 years ago, how could they possibly be showing up in Australia before then? (Note: "Aliens" is not an acceptable hypothesis.) Onto this increasingly shaky timeline plops a new date: 65,000 years ago. That's when, say researchers, modern Homo sapiens left behind evidence that they lived at a site in northern Australia. And to people who still doubt that our species could have been there that long ago, here's another number: 11,000. That's how many artifacts and other features of human occupation, such as hearths and burials, were found this time. The Dating Game The site where the exciting new finds were excavated is not new: Madjedbebe, formerly known as Malakunanja II, has long been considered by some to be the oldest human occupation site in Australia. It was first excavated in the 1970s and '80s and yielded numerous artifacts such as stone tools and ground ochre that were dated as far back as 60,000 years.

A map from a study unrelated to today's paper shows the location of Australia's oldest human occupation site: Madjedbebe. (Credit Lowe et al 2014, DOI: 10.1002/arco.5039) But, thanks in part to the strikingly old dates and quibbling over how the artifacts and their contexts — their immediate surroundings — were documented, many conventional timeline backers refused to accept the site's age. Researchers returned to Madjedbebe in 2012 and again in 2015, and today reported on what they found in more than 20 new small pits dug around the previous excavations. The new haul is impressive: thousands of stone tools and materials used to make them, grinding stones, hearths, ochre "crayons" and animal bones, including from a thylacine jaw fragment that was covered in pigment, plus other pigments with reflective additives — the oldest evidence of pigment processing in Australia (think Stone Age glitter). Also winning the "oldest in Australia" category: evidence that suggests seed grinding, such as plant matter and specific stone tools used to process it. Want more "oldies," do you? Here ya go: the latest Madjedbebe digs uncovered the oldest edge-ground stone hatchets not just in Australia, but in the world. Of course, with all this talk of oldest this and that, you might be wondering if the dating for the new finds is any more precise and certain than that of previous digs at the site. In a word: yes. When digging down, the team documented not just the layers with artifacts, but the entire stratigraphy of each meter-square excavation mini-site. The deposits were dated using both radiocarbon and optically stimulated luminescence methods, with additional methods used to date fragmentary charcoal samples from the ancient hearths. And the results were, with confidence, an age of about 65,000 years (with, give or take, at most, 3,000 or 4,000 years in either direction). Megafauna Meltdown Strong archaeological evidence of Homo sapiens being in Australia by 65,000 years ago doesn't just chip away at the pile of rubble that is 20th century thinking about our evolution and global dispersal. Today's study also bolsters the case for humans being involved in that continent's megafauna collapse. As in the debate over who or what to blame for North America's megafauna extinctions following the end of the last Ice Age, researchers have long been divided over whether climate change or hungry humans were responsible for offing many of Australia's wonderfully weird (and big) animals during an earlier period. Researchers arguing that humans played a significant role in the megafauna extinctions in Australia were always hobbled by a lack of archaeological evidence that proved our species was even around at the right time. Thanks to today's study, which appears in Nature, the hobbles are off.